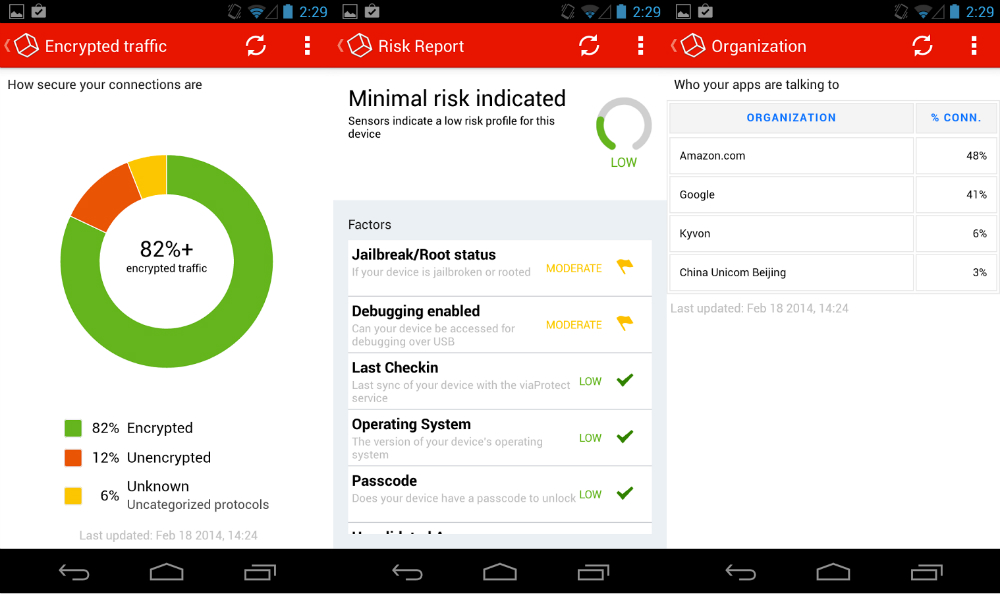 In the wake of the numerous Edward Snowden revelations about the extensive NSA digital spying operations, handset makers and app developers have come up with new devices and/or applications to help put a stop to all the spying. One such new app that aims to better inform users about the data their smartphone sends while they use apps or surf the web, and to better educate them on how to protect their privacy is viaProtect, PhoneArena reports.

“Leaky and insecure apps pose substantial risks to personal data on mobile devices,” the app description says. “These apps may transmit information without encryption or to overseas servers which allows data to be intercepted by unwanted parties. The harsh consequences can include identity theft, financial theft and loss of privacy.”

viaProtect will gather “mobile forensic, system, network, security and sensor data from devices,” and use “statistical analysis and risk indicators to detect suspicious events or behavior” and monitor app data in real time.

The app will provide a rating for the smartphone or tablet to show users how safe their data is and tell them “where their data is being sent.” While the app will likely not stop the NSA’s sophisticated attempts to collect data in bulk, it should at least help users better protect their personal data

viaProtect can be downloaded free of charge from the Google Play Store, and requires 2.9MB of storage and Android 4.0 Ice Cream Sandwich or later to run. The app has a 3.7-star average out of over 200 reviews.