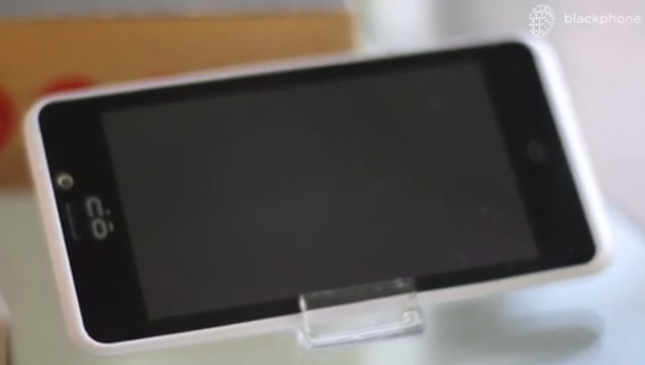 Blackphone will supposedly be the first Android smartphone in the world to focus on privacy and control, and the device will be unveiled in Barcelona next month, at the Mobile World Congress (MWC). The Blackphone initiative is a joint international effort, co-founded by Spanish hardware manufacturer Geeksphone and Silent Circle, provider of various software solutions meant to protect users’ privacy.

While no specific details are given at this point, the Blackphone will sport a “top performing” processor, an unlocked cellular module that will work with any GSM network in the world, and a “PrivatOS” skin on top of Android that will let users enjoy secure calls and text messages, and store files and connect to the Internet via anonymous VPNs. The device will be available for pre-order at MWC, but pricing details aren’t available at this time.

Many recent reports have closely detailed the NSA’s increased spying operations around the world, revealing various sophisticated means of spying on targets including accessing information stored on mobile devices, or monitoring impressive amounts of location-related data. The NSA’s extensive spying has spawned a new business, with many companies interested in offering more secure, spy-proof communications solutions, from hardware to software.

– New handset to be unveiled at Mobile World Congress in Barcelona, Spain on February 24th.

WASHINGTON and MADRID, Jan. 15, 2014 /PRNewswire/ — Silent Circle and Geeksphone today announced a new Switzerland-based joint venture and its inaugural product, Blackphone, the world’s first smartphone placing privacy and control directly in the hands of its users.

Blackphone, powered by a security-oriented Android™ build named PrivatOS, is a carrier- and vendor-independent smartphone giving individuals and organizations the ability to make and receive secure phone calls, exchange secure texts, transfer and store files, and video chat without compromising user privacy on the device.

“I have spent my whole career working towards the launch of secure telephony products,” said Zimmermann. “Blackphone provides users with everything they need to ensure privacy and control of their communications, along with all the other high-end smartphone features they have come to expect.”

Blackphone may be seen online and visitors may join a mailing list to be kept informed of updates as the launch date approaches.  Blackphone will be available for pre-order beginning February 24, 2014, at Mobile World Congress, in Barcelona, Spain.