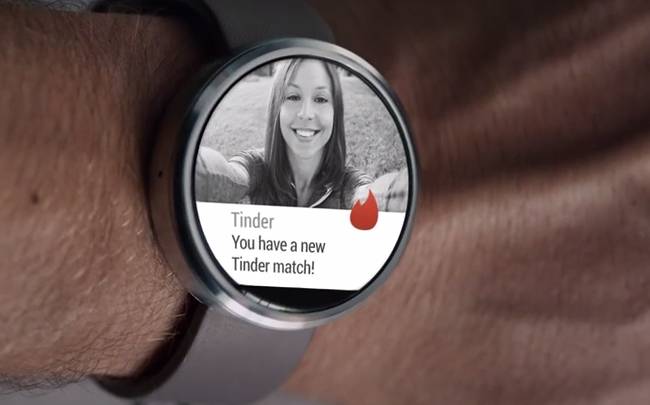 After releasing in the past few days no less than four short TV commercials for the Moto 360 smartwatch, Motorola is back with two more video ads for its wearable device, part of the A Watch for Our Times campaign. The new ads, titled Couple and Architect, follow the same script as the previous ones, putting a funny spin on “classy” commercials you expect to see on TV for watches.

FROM EARLIER: You absolutely must check out these hilarious new Moto 360 commercials

Just like in the other hilarious ads, Motorola uses certain key words to describe the Moto 360’s beauty and/or features, while quickly bringing the viewers down to earth, and reminding them the Moto 360 is a device made four our times. Without spoiling any of the two new clips, it’s also worth noting that Motorola is featuring a popular mobile app in one of them, which many smartphone users might be familiar with — and that’s the Tinder matchmaking software.

“This Moto 360 ad is a subtle combination of beauty and luxury with an unsubtle dose of reality mixed in,” Motorola writes about Couple. “Moto 360 lets you do any activity uninterrupted, even if you’re just drawing circles,” the company says in the YouTube description of Architect.