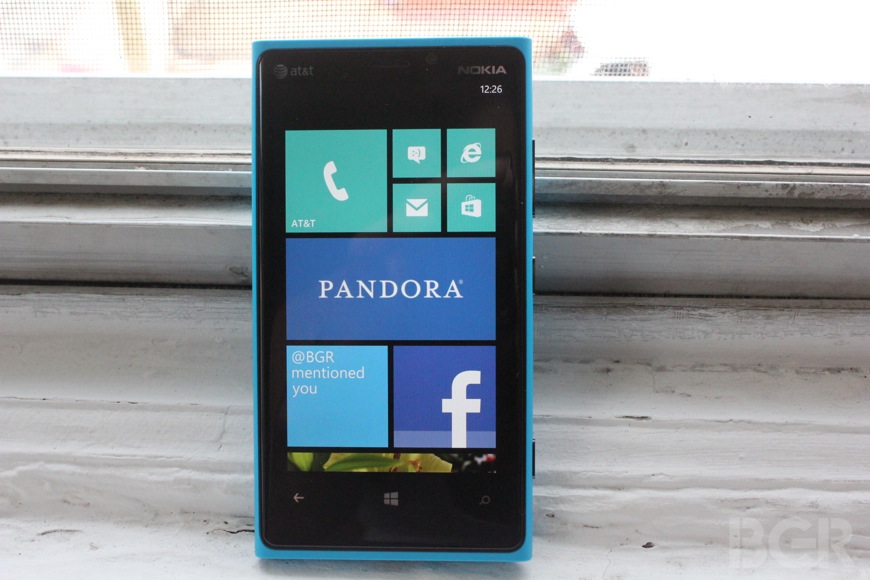 Microsoft believes it can be a viable competitor with Android and Apple, and is making a strong push with its Windows Phone operating system. The company has launched numerous campaigns to inform smartphone buyers of their mobile options, but despite a large advertising budget, Windows Phone remains a mystery to most consumers. The question remains, can Microsoft’s mobile platform really compete with Google and Apple?

BGR reviewed the Lumia 920 last fall and found it to be a gorgeous smartphone that was being held back by the Windows Phone app ecosystem, or lack thereof. It has been more than six months since the handset launched and sadly things don’t seem to have gotten any better. The Lumia 920, while it is a bit thick and heavy, is a beautiful device that can surely hold its own with the iPhone and top Android smartphones on the design level. It is Windows Phone’s app selection that still ultimately falls short, however.

I’ve spent the last two weeks toying around with the Lumia 920 and the Windows Phone 8 platform. Microsoft’s Metro user interface is very refreshing and an interesting approach compared with those taken by Android and iOS. The continuously updating Live Tiles notified me when I was mentioned on Twitter or if a friend replied to me on Facebook. Notifications are simple enough, although I found myself yearning for a pull down menu and quick settings similar to Android and iOS.

Windows Phone 8 is responsive, even outperforming my aging Galaxy Nexus with day-to-day tasks, and the Lumia 920’s PureView camera is to die for. To be honest, I was relatively happy with the platform until it came time to use the device in a more social setting.

One of my friends was excited when he saw that I had a new phone, asking what it was and what it could do. He loved the feel of the device and thought the Live Tiles were “really interesting.” The trouble came, however, when he asked about apps.

“Does it have Instagram,” he asked. “What about SnapChat or HBO Go?”

I told him about some alternative apps but his interest was waning, and it got me questioning about how I felt about Windows Phone. I have this incredible camera but no way of sharing images with friends on Instagram, no way to watch my favorite movies and TV shows on HBO and to share silly pictures on SnapChat.

I slowly began to notice that even more of my favorite apps were missing, such as Dropbox and Seamless, and it became clear to me that the Windows Phone ecosystem has not improved. What does Windows Phone offer that Android or iOS don’t? The answer is not much. Sure, the Lumia 920 has an incredible camera but with no apps it becomes impossible to share pictures on a widely used photo platform.

Don’t get me wrong, Windows Phone isn’t all bad when it comes to apps. Nokia’s HERE City Lens was extremely helpful when I moved into my new apartment and was looking for nearby business, and HERE Maps is a nice alternative to the Google Maps I have come to know and love. Windows Phone still has potential but until Microsoft gets more developers onboard, the platform is not a viable alternative to Android or the iPhone.