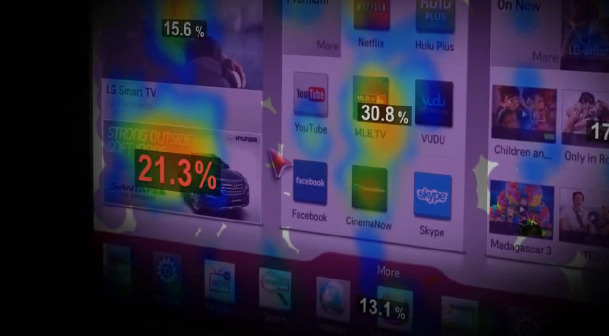 After an LG Smart TV owner discovered that his unit was sending personal data including channel history and even name files from external storage devices to an LG web address while ignoring privacy settings, the South Korean TV maker admitted the problem exists and promised to issue a firmware update to fix it. The company said that it has been collecting private data on some Smart TV models even when the feature was turned off, Engadget reports.

LG said that the purpose of its TV data mining is to improve the overall TV experience of the user. The company apparently collects channel, TV platform and broadcast source data in order to provide program recommendations to LG Smart TV owners. The names of files stored on USB dongles or hard drives are collected in order to provide information from the Internet related to media discovered on those storage units – however the service is not active yet. Serving ads based on the user’s content consumption habits may be another reason for LG’s data collection service, but the company didn’t say anything about its TV-related advertising intentions.

LG also added that it is not storing your data, and a new firmware update should fix the problem, as TVs will actually stop sending data when the option is turned Loff.