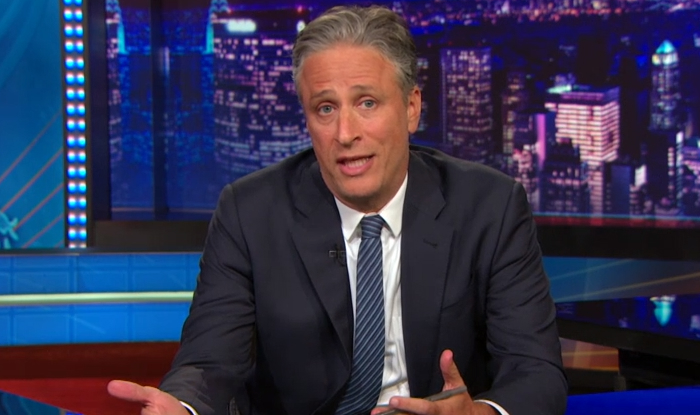 Brilliant comedian Jon Stewart, who’s on his way out at The Daily Show, gave an impressive performance during last night’s show, dropping the comedy in a segment about the recent Charleston shooting.

DON’T MISS: German Man Takes Revenge on Ex-Wife by Sawing Everything They Own in Half, Selling It on eBay

“I have one job, and it’s a pretty simple job,” he said. “I come in, in the morning, and we look at the news, and I write jokes about it, and then I make a couple of faces […] and then it’s just cha-ching, and I’m out the door.”

He then apologized to The Daily Show’s audience for the lack of jokes in the segment. “I honestly have nothing, other than just sadness,” he said.

Stewart then compared America’s reaction to any foreign attack threatening the integrity of its citizens to its “eh, what are you gonna do?” attitude towards domestic violence, such as the Charleston shootings.

The popular anchor also brought up racism, saying that’s pretty much what happened in South Carolina, and adding that the state still flies the Confederate flag and has roads named for Confederate generals.

The entire 5-minute segment follows below, and you really need to watch it.