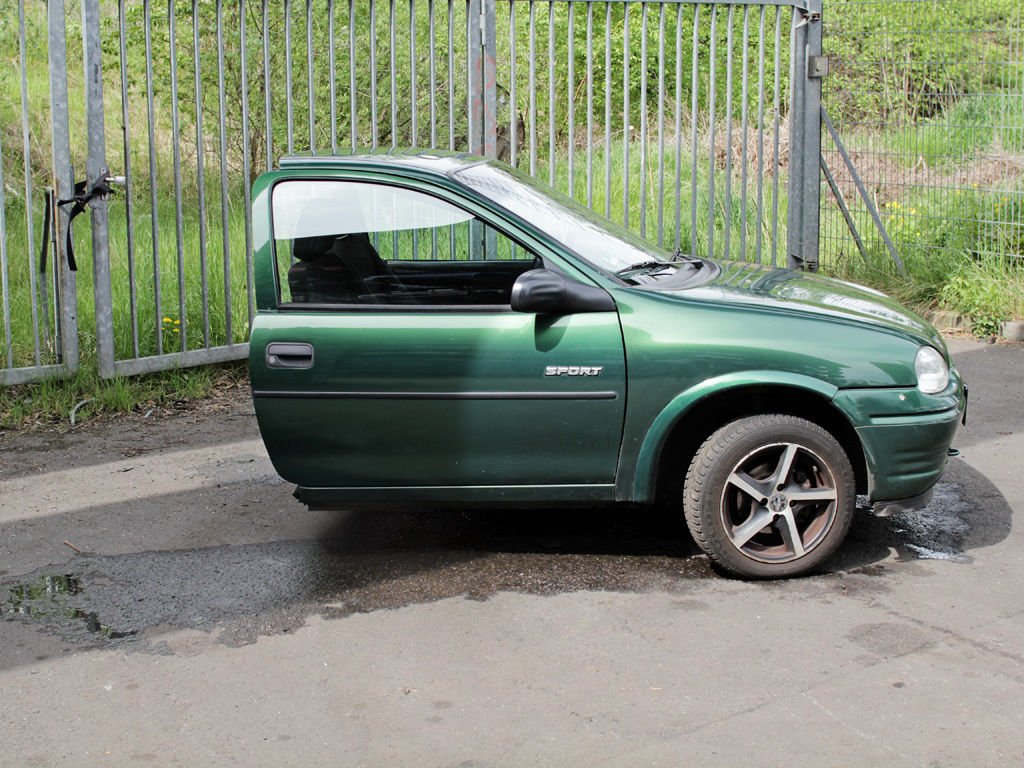 Everybody handles breakups differently, and a German man has found a hilarious (albeit demented) out-of-the-box way to express his anger with his ex-wife. The two have been together for 12 years before splitting up, so the handy man took it upon itself to split in half everything they owned with help of a saw and other power tools. And then put his share up for sale on eBay.

UPDATE: As reported by BBC News, this is actually a marketing stunt carried out by Deutsche Anwaltauskunft magazine, which is operated by the German Bar Association. The magazine admitted the story is fake and explained its motivation for the stunt in a blog post earlier this week.

The heartbroken guy posted a video of the feat on his YouTube channel, which shows you that you can practically cut in half any kind of object, regardless if it’s a chair, an iPhone 5, a big-screen Samsung TV or an even bigger Opel Corsa car. In what follows, you can see what Der Juli is selling on eBay, after cutting his half, and how much it’s priced at.

The best thing about it is that each product has its own story, in which the owner explains why he’s selling the product, and how it relates to his former wife (see below).

Half a teddy bear – €51: “Although she doesn’t need a stuffed animal to snuggle, there are affectionate fellow workers for that.”

Half a mail box – €40.50: “The mailbox hung for many years on our house until my wife turned int my ex-wife and increasingly unpleasant shipments arrived in it.”

Half a motorbike helmet – €34.50: “My ex-wife thought in the divorce she should be entitled to a greater part of all our things, including mine. She has never been on a motorbike.”

Half an iPhone 5 – €78: “I generously left her half of everything, even my beloved mobile phone. That way she can no longer secretly send WhatsApp hearts to a younger work colleague. She doesn’t need it anyway as she lives with one.

Half a Samsung TV – €24.75: “Of course, also the TV that I have purchased so she can comfortably watch ‘Germany’s Next Top Model’ on it.”

Half an Opel Corsa – €62: “My ex-wife wanted 50% of all our things, including our beloved little city car. Although it’s not clear to me why she’d still want a dinky old Opel. Her new guy is impressively motorized, I hear.”

Four nice chairs’ halves – €36.50: “The chairs are super as an art installation, or simply for people who like to sit on half-an-ass cheek.”

Half a MacBook Pro – €81: “The radical ‘conversion’ was more or less an idea of my ex-wife. She wanted to replace her husband, but keep the money and beautiful things.”

The full video showing some of these products being split in half follows below, with more eBay listings available at the source link.