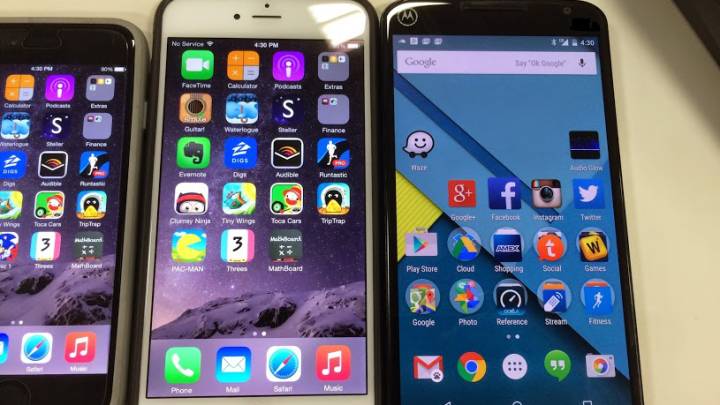 Smartphone preference is always a hot topic among enthusiasts, with the iPhone vs. Android rivalry being the most obvious one since the smartphone revolution started by the original iPhone eight years ago. While Google’s Android is the most popular smartphone OS by market share, Apple is still a significant adversary, one that has never been beaten when it comes to smartphone profits. In fact, Apple on Tuesday announced record and estimates-smashing revenue, and most importantly, iPhone sales.

In light of this, Business Insider‘s 15 reasons why Android phones are better than the iPhone is an interesting read.

FROM EARLIER: The single most incredible thing about Apple’s world-beating quarter

Some arguments are old, but still relevant for many smartphones buyers. Android smartphones can offer significantly more customization options, both when it comes to appearance and app screens. Similarly old are the arguments that most Android phones come with expandable microSD storage and user-replaceable batteries, and that they can all be recharged with any microUSB cable lying around instead of a proprietary Lightning cable.

Other reasons are more interesting for preferring Android over iPhone. For example, some of the latest Android offerings come with built-in infrared sensors that turn them into remote controls for TVs. Similarly, the publication argues that Android’s filing system (for screenshots, downloaded pics and saved pictures) is user-friendly, allowing users to quickly find and move files between devices.

Also interesting are the app multitasking abilities some Android handsets and tablets are able to offer users.

You might prefer Android over iPhone also because Google lets you grab your music from any source, not just iTunes, and it lets you download apps directly from the Google Play Store’s website, without requiring a special app… like iTunes.

Android devices also come with support for multiple users and a better default — at least for the time being — mapping and navigation application. Other interesting features found on Android but not on iPhone, according to this guide, are visual access to notifications and additional screen unlock tools.

Ultimately though, it’s all about personal preference and Apple fans could surely come up with just as many reasons, some more serious than others, for why the iPhone is the better choice.

Business Insider‘s full list why Android is better than iPhone, complete with images is available at the source link.