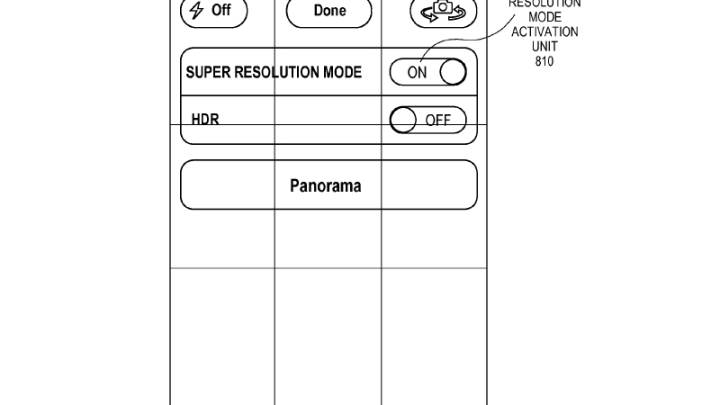 Apple has not entered the megapixel camera war that other smartphone makers are engaged in and has instead preferred to improve picture quality in its iPhones without increasing the number of megapixels of the main camera. In the future, Apple may further ignore megapixels, a new patent application discovered by AppleInsider reveals, as the company has found a way to offer iPhone users a super-resolution camera mode without actually needing to increase megapixel count in future iPhone versions.

iPhone users will be able to choose between taking regular pictures or select a “Super resolution mode” menu that would allow them to capture photos that exceed the camera’s megapixels.

It’s not clear when such a camera feature will be available on an iPhone, as inventions described in patents and patent applications do not always make it into upcoming devices.

Some rumors said that the iPhone 6 will have an 8-megapixel camera just like its predecessors, but that it would pack OIS support. However, a more recent report said that this year’s iPhone would not have an OIS rear camera. Without an OIS camera that would ensure the smooth and automatic movement of the camera’s lens, a super-resolution feature as described in this patent application would not be possible.

Oppo has its own way of capturing high-resolution images, that far exceed a phone’s capabilities. The Find 7 can take 50-megapixel shots with a 13-megapixel camera.