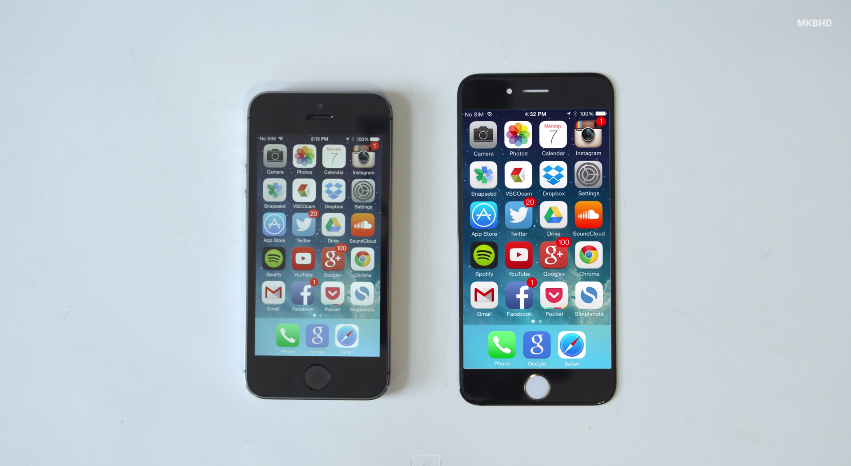 The tests that put those alleged 4.7-inch iPhone 6 sapphire glass front panels through various tortures, revealing the display is more than able to take a serious beating, may have indeed shown a genuine sapphire glass display for the iPhone. In a new report from The Guardian reveals, professor Neil Alford of the department of materials at Imperial College in London said that the panels are indeed likely made of sapphire crystal.

“In my opinion the screen being shown off in the video could well be a sapphire screen,” Alford said, referring to the video showing Marques Brownlee trying to damage a leaked iPhone 6 component with keys, a knife or by bending it. “If you make sapphire thin enough, and it’s flaw free, you can bend it quite considerably because it has an enormous strength.”

“I think they will be doing some sort of a lamination – binding different crystal cuts of sapphire together – boosting the toughness of the material, while they may also have induced some sort of a strain in the surface of the glass – either compression or tension – which means that it has extra strength,” Alford said.

“I think Apple have been quite cunning,” Alford continued. “What I think they’ve done is make a screen out of sapphire, which is incredibly scratch resistant, incredibly hard and has a high elastic modulus – meaning it’s very stiff.”

Apparently, Apple has been studying sapphire glass use for the iPhone for quite a while, with the company having contacted experts in the field as far back as 18 months ago.

“I remember the Apple folk coming to speak to me about 18 months ago to discuss sapphire screens,” Alford said. “They’ve obviously been busy since then, working with a sapphire manufacturer.”

“It’s not a surprising thing to do, but it’s quite a large area they’re producing and that’s really quite a challenge. I’m pretty impressed with that, actually,” he added.

Alford also said that while sapphire glass offers increased durability and is optically clear, mass-producing it may be difficult.

“The big issue is how you slice it and polish it because of the hardness of sapphire crystals,” Alford said. “It’s quite problematic; they’ll be forced to use diamond slicers to cut the sapphire for instance.”

“If they can manage the costs, I don’t think there are any downsides to using sapphire at all. It’s a great idea,” he added.

The Guardian calculated that for 10 million 4.7-inch iPhone 6 sapphire displays Apple need to cut 6 hectares, or 61,290 square meters (659720.04 square feet) of glass. Various reports claimed that Apple will have enough sapphire glass display for all new iPhone 6 models, with others saying that only the bigger 5.5-inch model will get the more durable display.