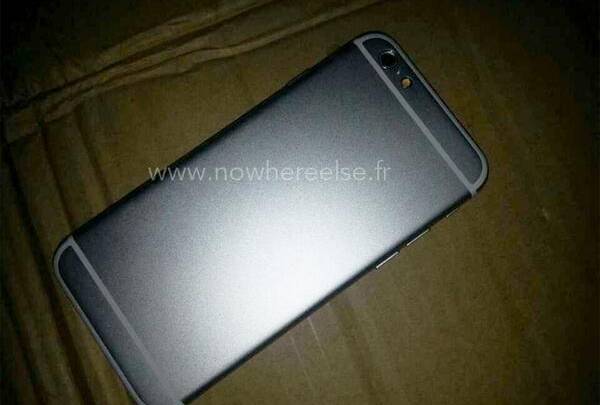 At this point, it’s probably safe to assume that the iPhone 6 leaks aren’t going to stop until Apple takes the stage to officially announce its new hardware lineup later this year. Hot on the heels of the silver iPhone 6 mockup from last week, Nowhereelse.fr has posted several images of a space gray model to its Twitter account. The space grey mockup features the same extended volume controls that have appeared on previous mockups, as well as the curved edges around the back of the phone and the repositioning of the power button to the side of the display.

9to5Mac points out that a black, plastic trim has found its way on to the top and bottom ends of this particular model. That trim serves to remind us that none of these mockups should be considered substitutes for the actual phone, although there’s no doubt that the specifications match up almost perfectly with the information that has leaked over the past several months.

We’ve now had a good look at the proposed iPhone 6 in silver, in space gray and even in comparison to the iPhone 5s and the Galaxy S5. Take a look at the latest mockup photos below and decide for yourself whether the iPhone 6 will be an acceptable replacement for its predecessor.