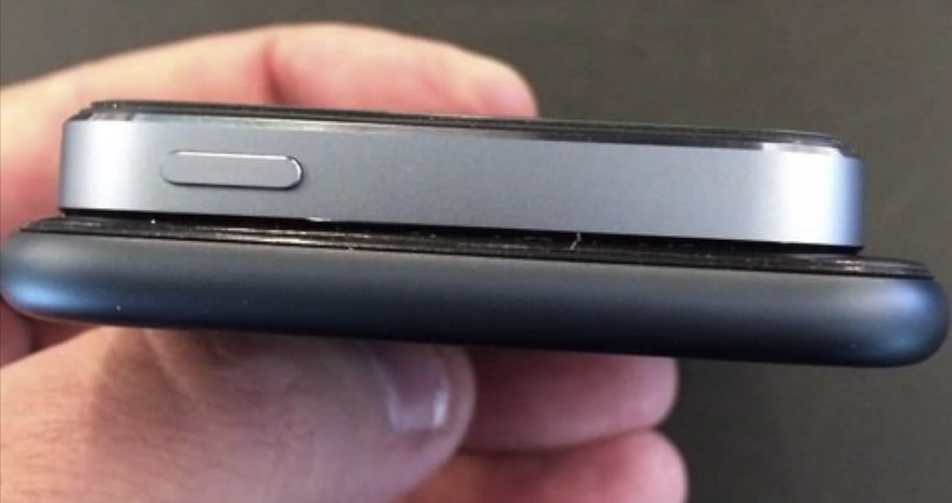 The floods of leaks leading up to Apple’s various product announcements are inevitable, but they always seem to take a slightly different shape. Last year, things started somewhat slowly with a leak here and there, and then the more revealing details didn’t surface until the housings for the iPhone 5s and iPhone 5c began leaking constantly. This time around, however, the more telling iPhone 6 leaks are seemingly starting earlier with device mockups that may reveal the brand new design of Apple’s next-generation flagship iPhone.

Third-party companies that make protective cases for Apple’s various iPhone models try to get a jump on the competition each year by getting their hands on leaked schematics for Apple’s unreleased iPhones and designing cases for the new handsets before the phones are even announced.

This time around, however, they’re also apparently sharing photos of the iPhone 6 mockups put together based on those leaked schematics.

We have seen several photos of different iPhone 6 dummies leak over the past few weeks, but some of the most revealing mockups have been shown off in photos and on video by Italian blog Macitynet.it. The site first posted photos of the mockup early last week, and then it compared the iPhone 6 dummy to Samsung’s Galaxy S5 in a video published this past Friday.

Now, we’re finally seeing the comparison we’ve been waiting for.

In a post published over the weekend, Macitynet.it showed off photos and a video that compare their iPhone 6 mockup to the iPhone 5s. The iPhone 6 mockup the site has been touting aligns well with leaks from other sites, and it also matches the designs seen earlier in leaked schematics. This obviously doesn’t mean it is confirmed to closely represent Apple’s next iPhone, but the odds look better with each passing day.

In the comparison photos and the video, we can see that the iPhone 6 appears to have been completely redesigned. The device is seemingly much taller and more rounded than Apple’s current iPhone 5s model, and it is also wider and significantly thinner. Earlier reports suggested that the iPhone 6 will be among the thinnest smartphones in the world when it debuts later this year.

Shockingly reliable Apple analyst Ming-Chi Kuo reported last month that Apple’s next-generation iPhone 6 will feature a larger 4.7-inch display, an upgraded processor, NFC and a new thinner design. Kuo believes the phone will launch late in the third quarter this year, and then an even bigger iPhone phablet will debut sometime in the fourth quarter.

In the meantime, photos comparing the iPhone 6 mockup to an iPhone 5s follow below, along with a video.