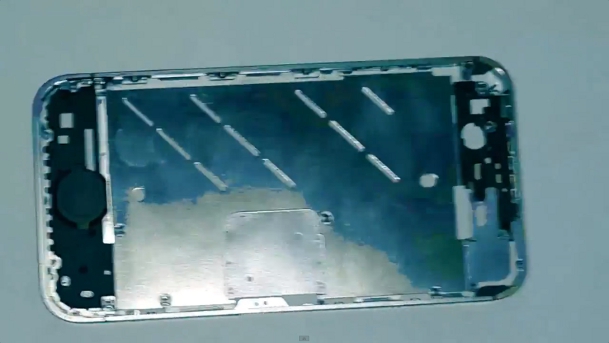 Now that the larger iPhone is all but confirmed, it shouldn’t be long before we start seeing our first glimpses of the iPhone 6. Earlier this month C Technology posted what appeared to be the backside of the chassis for the iPhone 6, and now a video on YouTube from user ConceptsPhone claims to show the front. As with any early leaks, there is no telling whether or not this video is legit, but the leaker claims that the video was filmed at “the Apple Factory.” Unfortunately, without any other objects in the video with which to compare the parts, we can’t determine whether or not the chassis is larger than that of the current generation of iPhones. Check out the video for yourself below.

UPDATE: No surprises here — turns out the “iPhone 6 chassis” we’re looking at in this video is really an iPhone 4s part, according to MacRumors EIC Eric Slivka. His tweet: