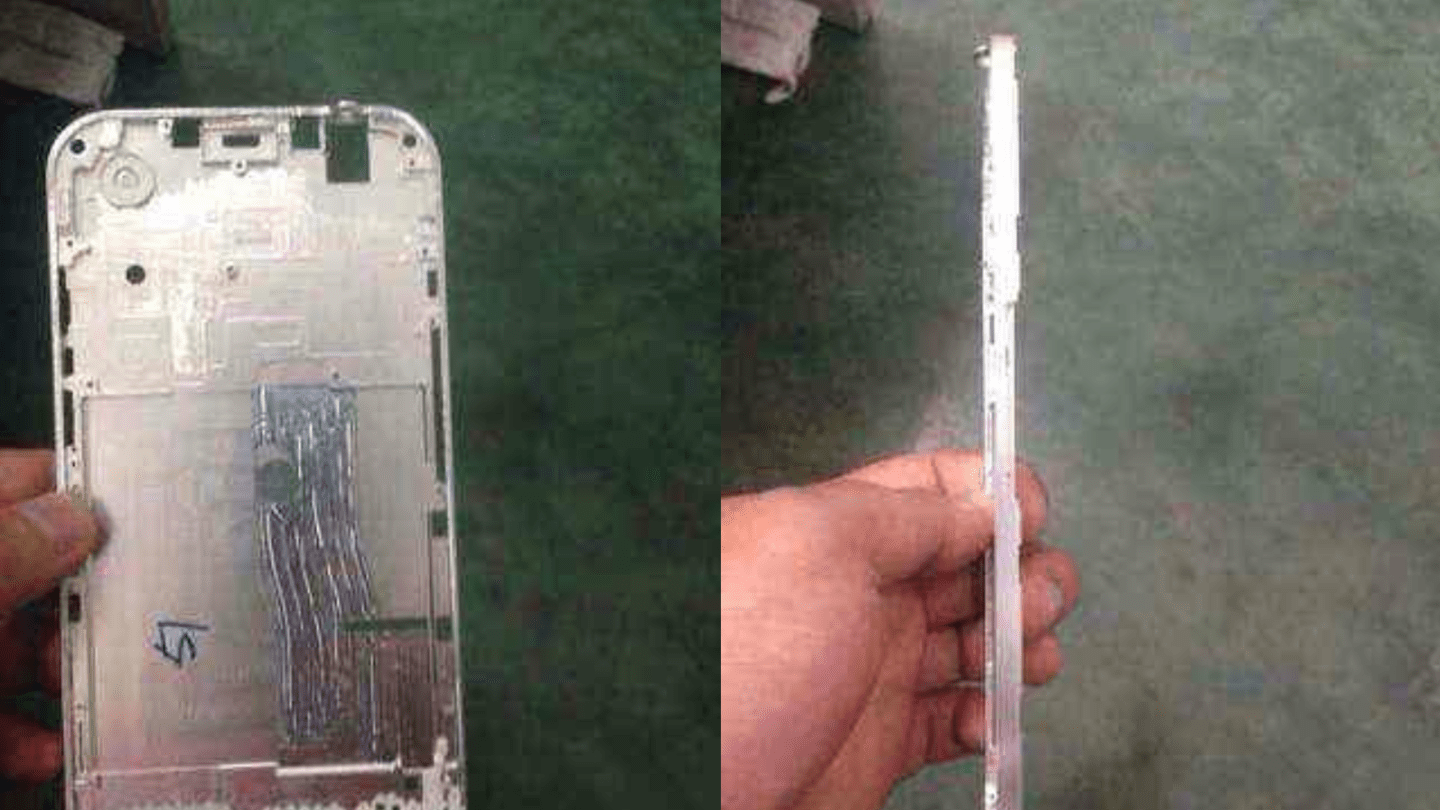 iPhone rumors are a dime a dozen between product launches, but the popular Chinese tech site C Technology has a penchant for picking up on some of the more believable ones. The latest leak is very dubious, especially considering the fact that it’s the first of its kind, but C Technology claims that this image shows off the frame of one of the rumored larger iPhones releasing later this year. The frame is not only noticeably larger than that of the iPhone 5s, but also significantly thinner, possibly lending credence to the idea that Apple will expand its Air branding to even more products. The leaked photos can be found below.