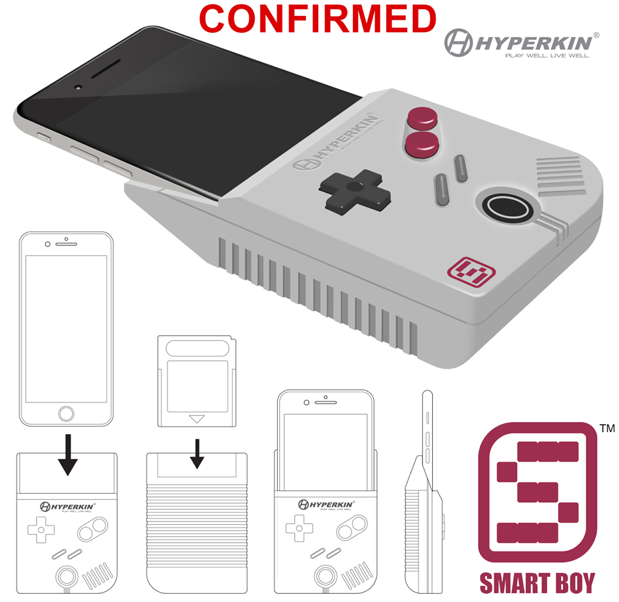 What started out as an April Fool’s joke for nostalgic video gamers may wind up becoming an incredible product. Last week, Hyperkin — a video game peripherals and accessories company — released some concept art, in jest, for a device it called the “Smart Boy.” The device was positioned as an iPhone 6 add-on that would enable users to play old school Gameboy and Gameboy Color games on their iPhone.

As it turns out, interest in what was then a non-existent product was so strong that Hyperkin is now actually working to develop the “Smart Boy” and make it a reality.

A press release from Hyperkin reads:

Originally a planned April Fool’s Joke – now a full fledged project for consumer release – the currently named Smartboy will attach to the iPhone 6 Plus, turning the phone into a handheld gaming device compatible with Game Boy and Game Boy Color cartridges.

While we’ll have to wait and see how long it takes Hyperkin to get this to market, not to mention if Nintendo raises any objections, it’s hard to deny that the concept art looks incredibly appealing.

As to the issue of whether or not Apple itself will have any objection to the emulator given the company’s previous positions regarding ROMs, if all of the emulation is done on the device and if the iPhone is simply a “dumb” display, well, then hopefully it will be all systems go.

And speaking of Nintendo/iPhone relationships, you might recall that Nintendo not too long ago finally said it would begin developing games for iOS with mobile partner DeNA. While this undoubtedly got folks excited, it’s worth noting that legendary Nintendo designer Shigeru Miyamoto will not be involved in iOS game development. Naturally, he’s going to focus on Wii U titles. If you’ve never heard of Miyamoto, you’ve undoubtedly played some of his prized creations, such as Super Mario Brothers and Zelda.