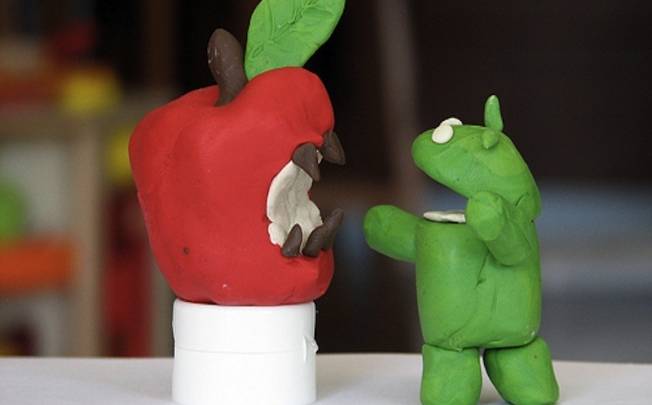 Kantar is out with its smartphone market share numbers for three months ending in February and Android devices continue pulling away from iPhone in the United States. A year ago, iOS led Android by 47%-45% in the smartphone operating system market share competition. By February 2013, Android had moved to a 51%-43% lead. This report is a fairly strong argument for why Apple (AAPL) must get a budget smartphone out as soon as it can. The Apple brand is far stronger in its home market than it is in Asia, Latin America or even continental Europe. Yet even in its stronghold, Apple’s smartphone market share is now slipping fast as new buyers gravitate towards cheaper options or are captured by Samsung’s (005930) Galaxy glamor.

Kantar also lays out the baseline for BlackBerrry (BBRY) now that it tries to rebuild its U.S. presence with a new line of models. BlackBerry’s market share had crashed to 0.7% by February 2013 from 3.7% a year earlier. To get some perspective on how low BlackBerry has fallen in the past year, consider that Kantar pegs the Windows OS share at 4.1% in America, which would be nearly six times the BlackBerry share on the eve of the Z10 launch.

Speaking of Windows, the report also demonstrates that Microsoft’s (MSFT) grim slog in the smartphone market is yielding some results. Clawing its way to 4.1% is not a great or even a good showing, but it is sign that the big marketing push for the Lumia devices enabled Microsoft to maintain a toehold in America. How Microsoft plans to grow that to double digits now that it cannot rip any more share from BlackBerry is one of the biggest questions in the handset business.