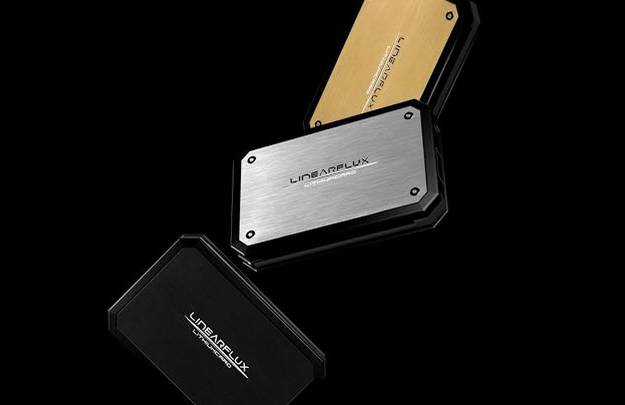 About one year after a credit card-sized iPhone and Android battery called the LithiumCard took Indiegogo by storm, the company behind this particular “hypercharging” external battery pack decided to launch a successor that’s supposed to be even better at charging devices quickly.

FROM EARLIER: Meet BatteryBox the portable battery backup for your Macbook & mobile device

The LithiumCard PRO launched simultaneously on Indiegogo and Kickstarter, and should offer even better features than last year’s model.

The company had three main objectives in mind when designing the charger, including fully charging an iPhone 6, matching the thickness of the original LithiumCard while tripling its capacity (the battery will offer you a 3,000 mAh charge), and increasing its charging time (the device offers 3A of power).

The LithiumCard Pro is looking to raise $10,000 each on Indiegogo and Kickstarter, and it has almost reached $20,000 in pledges. Even though the company focuses on the iPhone 6 in its advertising materials, the power pack also comes in an Android-friendly version complete with a microUSB port.

Once funded, the LithiumCard Pro should ship starting with May 2015. The cheapest LithiumCard Pro costs $39 on either crowd-funding site ($40 off the final retail price), assuming you can get in on the Early Bird deals.

A video further explaining LithiumCard Pro, and the full press release, follow below.

LinearFlux unveils the LithiumCard PRO: The Evolution of the HyperCharger

San Francisco, California, March 13, 2015 – Officially launching on Kickstarter and Indiegogo today is the LithiumCard PRO™ by LinearFlux™, a radically different approach on how smartphones and other mobile devices are charged today. The LithiumCard PRO™ is a best-in-class 3 Amp HyperCharging™ portable charger with a 3000mAh ultra-advanced lithium battery, fully integrated and retractable charge/sync cables. An extra auxiliary USB called the HyperPort™, allows HyperCharging™ to be shared with other devices. In addition, the PRO includes the NanoStik™, with nanosuction technology, allows for the PRO to be neatly attached to a smartphone without the use of adhesives.

“The original LithiumCard™ has been revered as the gold standard of the premium portable battery chargers since its global release in August of 2014. With over a quarter million LithiumCards™ sold to date, our development team infused all the positive feedback from our reviewers and users to create a product evolution of our HyperCharging™ technology,” says Einstein Galang, Vice President of Product Development at LinearFlux™. “Our philosophy and mindset is form always follows function but most importantly further refinement and increasing the speed of the HyperCharging™ circuitry. The LithiumCard PRO™ is a culmination of what made the original great but expands its functionality to address the needs of today’s faster smartphones with larger and brighter screens.”

LinearFlux™’s engineers were faced with a design principle that was coined the “1-2-3 Challenge” – 1 full charge on the iPhone 6, only 2X the thickness of the original LithiumCard™ but with 3X the capacity, and provides up to 3 Amps of power, which is equivalent to the combined speed of 3 iPhone wall chargers.

•         NEW HyperCharging Gen2™ Circuitry: Provides up to 3.0 Amps (or 15Watts) of industry leading power. Provides even more power than Apple’s 5-Watt iPhone and 12-Watt iPad wall chargers. Expect a typical 1% increase in battery life per minute for iPhone 6 and 6 PLUS applications. It is far superior in charging performance than the standard Apple iPhone wall charger. For example, when charging an iPhone 6 for 30 minutes, expect up to 30%, or more, increase in battery life.

See a side-by-side comparison of the LithiumCard PRO™ vs benchmark wall chargers.

•         Integrated Cables (microUSB or Apple Lightning): Never need to buy, or carry, another cable ever again. Configurations are available in either Apple Lightning, or microUSB, connector (sold separately).

•         Simultaneous Bypass-Charging: When the LithiumCard’s™ internal battery reserves are drained, the simultaneous bypass charging circuitry allows charging of a device and LithiumCard™ at the same time.

•         NanoStik™ Pad: Includes the highly acclaimed nanosuction pad that is carried from the original LithiumCard™, to firmly place the PRO onto the smartphone and it is reusable without the use of adhesives.

About LinearFlux™
A highly experienced team that consists of over 30 years in the Consumer Electronics industry, LinearFlux™ is focused in pioneering innovative products that address the needs of today’s lifestyle. The company approaches the development of all its products through its philosophy of “Connecting Simplified”. LinearFlux™ products are available in over 100 counties, and can be found in major retailers such as Amazon, AT&T, Best Buy, Walmart, and Apple premium resellers worldwide.