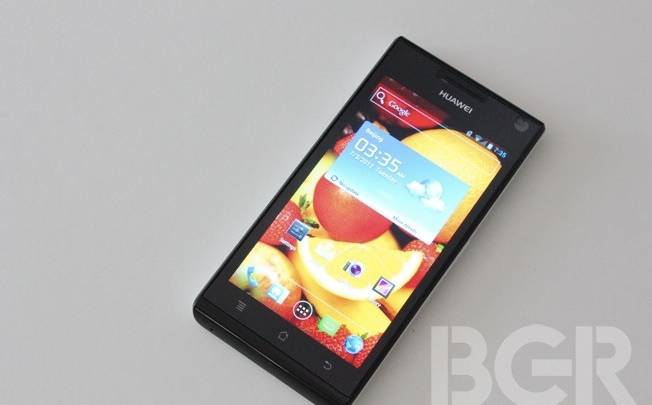 Despite its attempts to attract new customers with high-end phones, Huawei (002502) remains relatively unknown to U.S. consumers. The company is looking to change that and on Thursday announced the availability of the Ascend P1 smartphone. The Android-powered device is equipped with a 4.3-inch Super AMOLED display, a 1.5GHz dual-core processor, 1GB of RAM and an 8-megapixel rear camera. The handset is also one of the thinnest smartphones on the market, measuring in at 7.6 millimeters. BGR reviewed the Ascend P1 earlier this year and found it to be a decent smartphone. Huawei is offering the device carrier-unlocked through Amazon (AMZN) for $449.99. Read more for Huawei’s press release.

“The Ascend P1 is perfect for consumers looking to get the most out of their device,” said Michael Chuang, Executive Vice President of Huawei Device USA. “Whether it’s for playing games, streaming music and videos, or sharing multimedia in the home or workplace, the Ascend P1 offers unparalleled performance and a truly unique mobile experience.”

The Ascend P1 offers users a movie theatre-quality cinematic experience with its super AMOLED, 4.3 inch screen and 5.1 Dolby Surround Sound System. In addition, at only 7.69 mm thick, the Huawei Ascend P1 is one of the thinnest smartphones on the market. The 64.8 mm frame allows the Ascend P1 to sit comfortably in the user’s palm, giving them the ability to navigate all the phone’s features with a single hand.

The Huawei Ascend P1 is available online at Amazon.com for $449.99.