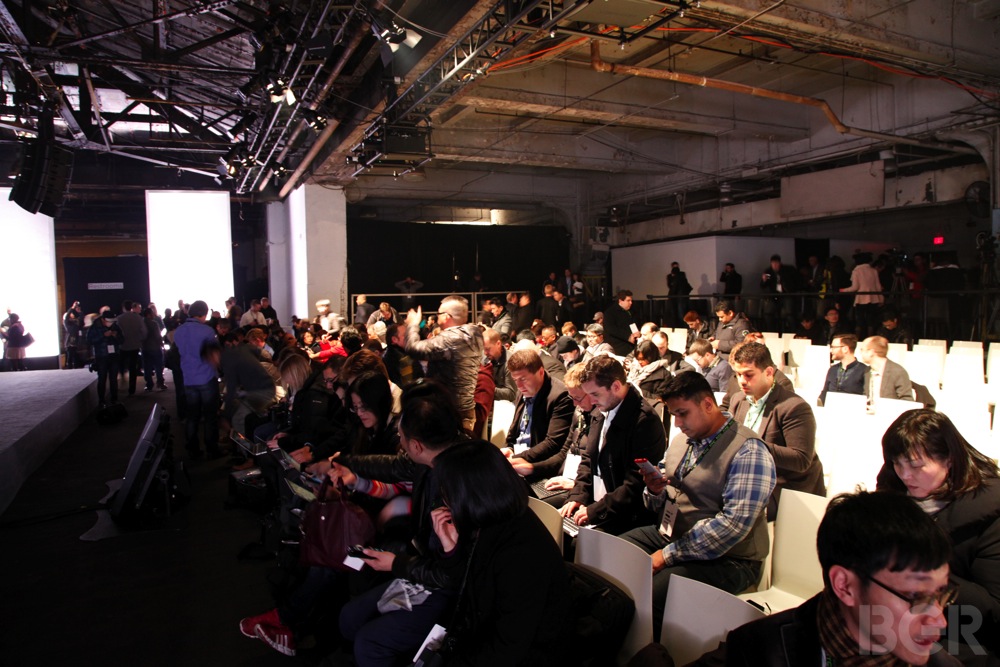 The sequel to what was arguably the best Android smartphone in the world last year is finally about to be unveiled, and BGR is on hand live to bring you all the action from HTC’s big press conference in New York City. The steady flow of rumors and leaks suggest that the all new HTC One (M8) is going to one of the hottest smartphones of the year, but nothing is known with any certainty until HTC finally makes this hotly anticipated smartphone official. If you want to learn everything there is to know about what is shaping up to easily be one of the best new smartphones of the year, you’re in luck because we have live streaming video from the event right here.

UPDATE: Everything you need to know about the new HTC One (M8) is in our news post!

UPDATE 2: Our full HTC One (M8) review is now live! Trust us… you don’t want to miss this one.

HTC has a lot riding on its follow-up to last year’s HTC One. While the 2013 model was easily one of the best phones we have ever seen, HTC’s financial woes worsened as intense competition from the company’s big-budgeted rivals turned consumers’ attention elsewhere. The One was still the best-selling smartphone HTC has ever released, but weakness across the rest of the company’s lineup couldn’t be overcome.

Now, HTC will look to reverse its course in 2014 — and the next-generation HTC One is shaping up to be a phenomenal start.

Apart from the completely redesigned housing that somehow looks even more stunning than last year’s model, rumors suggest that the new HTC One will feature a 5-inch full HD display, a 2.3GHz quad-core Snapdragon 801 processor, dual rear cameras, a 2,600 mAh battery, 16GB of internal storage and Android 4.4 KitKat with HTC’s new Sense 6 software. A separate leak suggested that the phone is an absolute beast, with benchmark results that crush rival phones.

HTC’s press conference unveiling this gorgeous new flagship phone is about to begin, and we have live streaming video embedded below for your viewing pleasure. We also have a live blog running underneath, and we’ll add some notes on key features and other commentary as necessary, as well as links to the rest of our coverage.