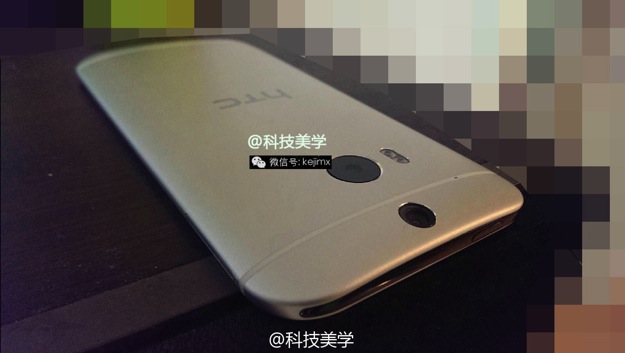 We have already seen photos of “The All New HTC One” leak several times over the past few weeks. We even saw the new flagship phone fully exposed in a 12-minute hands-on video recently. Newly leaked photos discovered on Chinese microblogging site Weibo by French blog Nowhereelse.fr offer yet another clear look at HTC’s unreleased hero phone, and they also seemingly reveal performance that blows away rival smartphones currently on the market.

The design of the new HTC One model is basically a matter of record at this point. While it ditches many of the sleekest design elements from the original HTC One — namely the glass that spills over the sides and blends into the polished, chamfered edge that surrounds the phone’s face — it still looks like it will be one of the sexiest smartphones to debut in 2014.

Beyond the design, however, these new images include a screenshot of an AnTuTu benchmark test score, which according to the photo came in at around 38,000. That phenomenal score was good enough to trounce all of the competition including Samsung’s Galaxy Note 3, Sony’s Xperia Z Ultra and the LG G2.

The new One will be unveiled at an HTC press conference on March 25th where BGR will be reporting live.