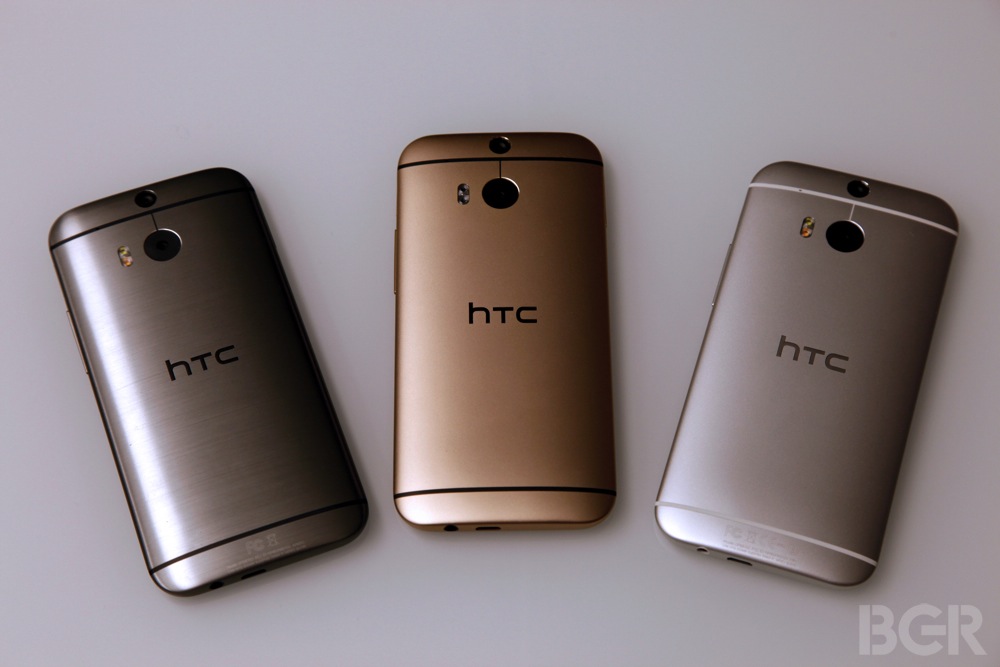 After months of rumors and leaks that revealed almost everything there is to know about HTC’s new flagship smartphone, the HTC One (M8) is finally official. The vendor unveiled its sleek new hero phone during a press conference on Tuesday, taking the wraps off of what may very well be the most impressive smartphone that has ever been made.

HTC’s new One might look a great deal like its predecessor at first, but closer inspection reveals a completely redesigned housing, a new larger display, powerful reworked internal components and fresh new Sense software that brings a modern look to the M8.

Key specs include a 2.3GHz quad-core Snapdragon 801 processor (the model for Asia is clocked at 2.5GHz), a 5-inch Super LCD 3 display with full HD 1080p resolution and a Gorilla Glass 3 cover, 16GB or 32GB of internal storage, microSDXC support for up to an additional 128GB of storage, 2GB of DDR2 RAM, compatibility with every imaginable 2G, 3G and 4G network, Wi-Fi a/b/g/n/ac, Bluetooth 4.0 with aptX, a new dual-lens “Duo Camera,” a 5-megapixel front-facing camera with a wide-angle lens, a 2,600 mAh battery and Android 4.4 KitKat with Sense 6.

HTC’s Sense software layer has been completely rebuilt on the new One, and it features a great new look that has been modernized, recolored and, of course, flattened. Gradients and textures have been replaced with bright, solid colors and fonts have been reworked to look more slick. BlinkFeed, HTC TV and several other apps have been retooled as well, to add some exciting new features.

The new Duo Camera setup on the back adds an interesting twist to HTC’s UltraPixel technology, adding a second rear-facing lens that records depth information while the main lens captures a photo. As a result, HTC’s completely revamped camera software is able to add a variety of impressive effects such as UFocus (the ability to refocus an image after it is captured, like a Lytro camera), bokeh (background blur, like a DSLR) and “Dimension Plus,” which adds a great 3D effect that pans around as you tilt the phone.

A new “Sensor Hub” tracks the user’s movements to count steps, and it also enables a variety of motion, tap and swipe gestures that can be performed while the phone’s display is off. For example, double-tapping on the screen will wake the HTC One from sleep, or swiping to the right on the sleeping display will unlock the phone directly to the BlinkFeed screen.

Perhaps best of all, the HTC One (M8) will be released on the very same day it is announced. Additional availability details will be announced shortly.

Finally, the new HTC One is available in three colors: The familiar “glacial silver,” a very nice new “amber gold” color and our favorite, “gunmetal gray,” which features a gorgeous brushed finish.