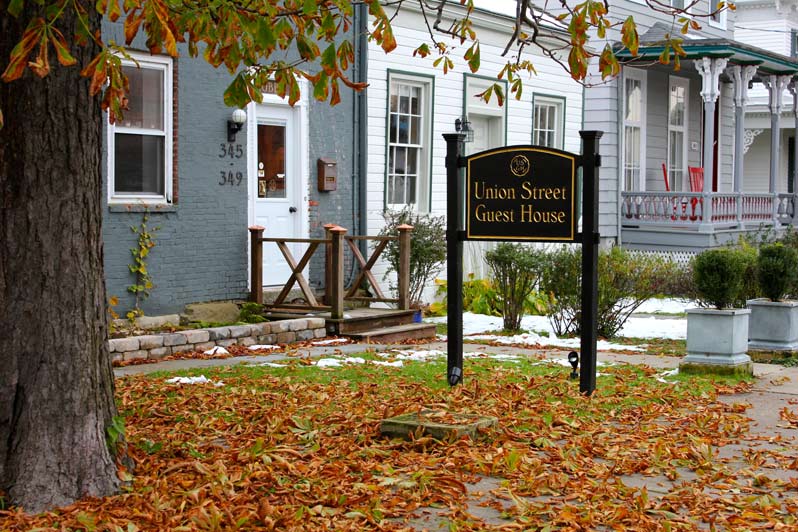 Running a business in the age of online reviews is obviously very stressful. Customers who don’t enjoy their time at an establishment could irreparably tarnish its reputation with a Yelp rating and a few short sentences, even if the customers are the ones are causing the problem in the first place. In order to avoid any issues like this, one hotel is going above and beyond the call of duty to keep guests from even considering writing a bad review: $500 fines.

Page Six reports that the Union Street Guest House (USGH) hotel in Hudson, NY is charging couples who book rooms for their weddings $500 for every bad review their guests publish online. The following quote appeared on the Events & Wedding page on the USGH website, but has since been removed:

“Please know that despite the fact that wedding couples love Hudson and our inn, your friends and families may not. If you have booked the inn for a wedding or other type of event […] and given us a deposit of any kind […] there will be a $500 fine that will be deducted from your deposit for every negative review […] placed on any Internet site by anyone in your party.”

The deposit would be refunded once the negative reviews were taken down. Whether or not this is still the policy is unknown, but we have a feeling this story is going to be much worse press for the hotel than a Yelp review ever could be.

UPDATE: Hours after the story was originally published, the Union Street Guest House is doing what it can to stymie the stream of bad press and negative Yelp reviews which have resulted from the discovery of the outrageous policy. Business Insider points out that in an attempt to cover its tracks, a post was published on the hotel’s Facebook page stating the following:

“The policy regarding wedding fines was put on our site as a tongue-in-cheek response to a wedding many years ago. It was meant to be taken down long ago and certainly was never enforced.”

Unfortunately for the USGH, one reviewer from late last year claims that the fine was indeed enforced (or at least threatened to be enforced):

UPDATE 2: A Yelp representative sent us the following statement in response to USGH’s review policy:

“For ten years (this month), Yelp has provided a platform for people to exercise free speech and warn consumers about bad business behavior such as this. Yelp fights to protect free speech for consumers and against efforts to intimidate or stifle it. Trying to prevent your customers from talking about their experiences is bad policy and, in this case, likely unenforceable anyway.