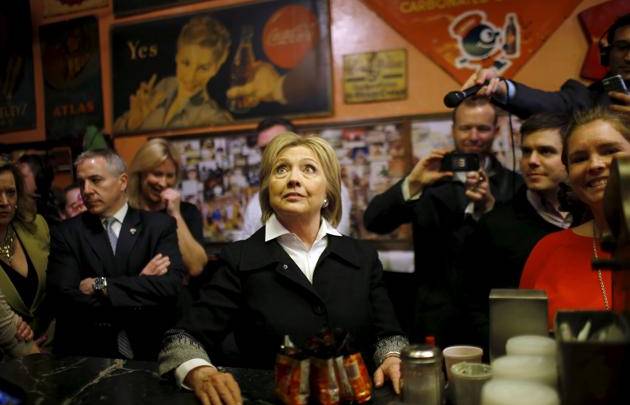 While cringe-worthy videos on the Internet are nothing new, there exists a certain class of videos that simply cannot be erased from memory. These videos, tragically, cannot be un-seen as they mercilessly haunt our thoughts and dreams. The following Forrest Gump spoof starring Hillary Clinton is one such video.

You can turn away now, but if you decide to proceed, don’t say that we didn’t warn you.

Released in 1995, in front of a private and exclusive gathering at the Gridiron Club dinner, the spoof is almost unbearable to watch. Like the old adage about car wrecks, it’s horrible and sad, yet you can’t look away. The Reddit description of the video sums things up nicely: “TIL in 1995 Hillary Clinton made a 5 minute cringe-inducing parody of Forrest Gump. I’m talking bad wigs, ridiculous accents, stupid jokes and even worse acting. It’s so bad it’s surreal.”

If you’re aching to waste five minutes of your life, the video is embedded below for your viewing displeasure and shock. If you can bear through the first 4 minutes, you’ll see a special cameo from good ole’ Bill Clinton.

And to think, if the video was filmed just a few years later, maybe Monica would have made a cameo as well.