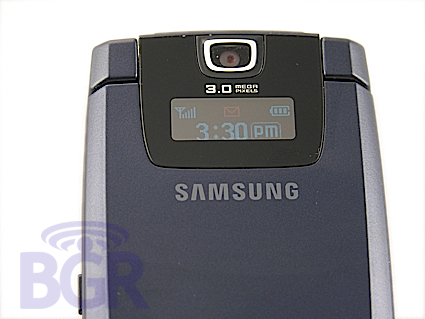 Ready for the Helio Fin review? Hit it, after the jump! 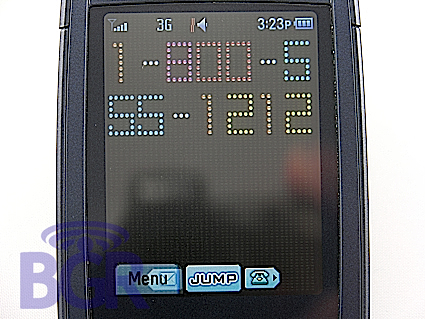 The phone quality and clarity on the Helio Fin is outstanding! Extremely clear and loud, plus the signal strength is worlds better than the Helio Ocean. Really usable as a phone.

Nothing groundbreaking to report. Same style interface as the Ocean, but works rather well. We find sending and receiving text messages faster, actually.

Thankfully the Fin utilizes the Ocean’s great Instant Messaging applications. There is a minor drawback though. On the Ocean AIM is pretty slow, like laggy. That seems to have been cleared up a little bit so far on the Fin, but it is still there. Yahoo, and Live Messenger have really no lag issues on both the Fin and the Ocean. (Maybe it’s due to over 250 AIM contacts?) Scrolling through your AIM buddy list fast will usually cause it to lag and get hung up for a couple seconds. By the way, you do get IM display notifications on the outer display, but it only the default envelope icon, and does not indicate it is an AOL IM, or Yahoo IM, etc. Better than nothing, though.

Good, but not great. You can’t expect too much in a device this slim, and don’t get us wrong, the keypad is definitely usable! Just not as much tactile feedback as we’d like and as used to. 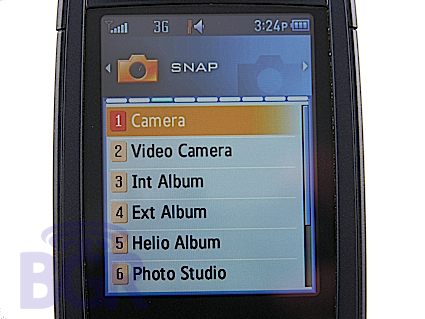 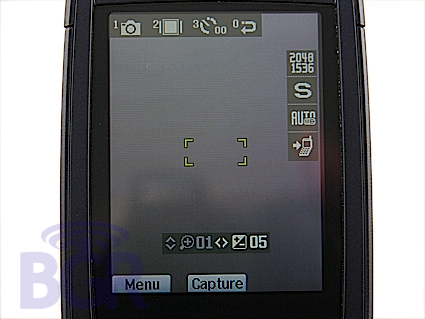 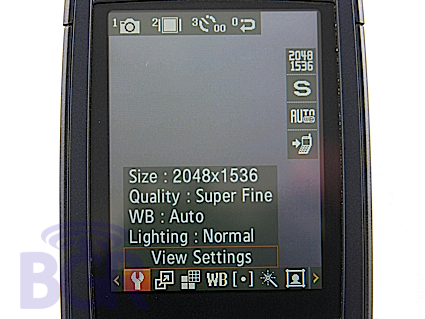 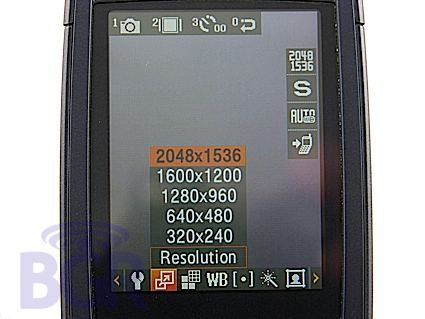 Wow…the camera! Very crisp pictures, fast shutter speed, quick upload to Flickr. Add in geo-tagging and instant upload to YouTube and you’ve got a big winner for the Fin.

Whoa! Helio has us listed in some of their default RSS feeds for H.O.T. Really cool, thanks, guys! We never got a chance to mess with it before since the Ocean is pretty much the first Helio device we’ve got the pleasure of using but, Helio On Top is impressive. Think Screen3 for Motorola, but a whole better. As soon as it was installed, we figured it would slow down the phone since is basically sets itself as the default home screen. That wasn’t the case at all. In no time we were zipping through the options, selecting what channels we wanted to show, and adding in our own RSS feeds. Noice!

Really polished and functional. You basically get real-time navigation including turns, with Garmin’s famous GPS style. Entering in a destination location was a little painstaking because you have to scroll through a list of states, and those even included Canada. You can’t start typing and let the list narrow down, but once a state is selected, you just pop in street number, then street name, and up shows a list of possible destinations. Just click one, and you’re off! 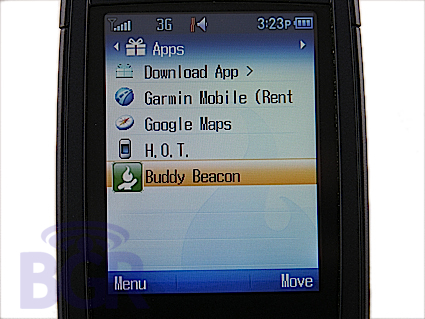 Not too much different here. It does seem a little more responsive, and speedy though with the updates… 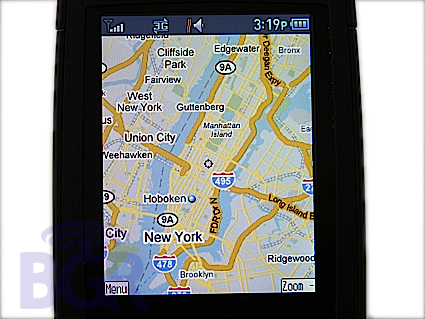 Google Maps seems a little more refined (maybe a newer build?). Same functionality basically, and well, you don’t have to worry about it working in landscape mode because the Fin doesn’t support that, silly. 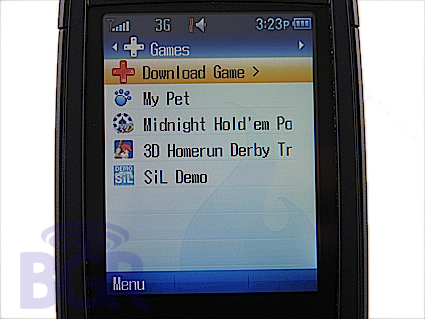 The Helio Fin comes preloaded with a couple games. My Pet is sorta’ like Nintendogs, if you will. There’s also demos of Midnight Hold’em Poker, 3D Homerun Derby, and SiL. 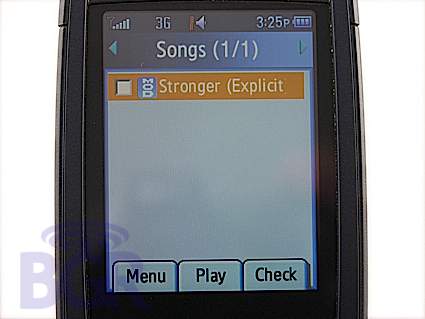 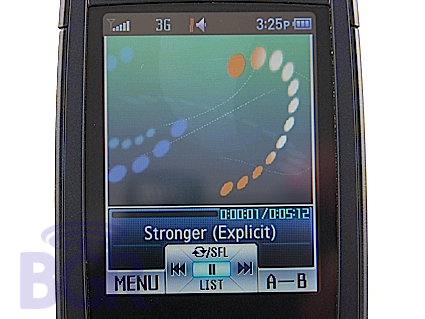 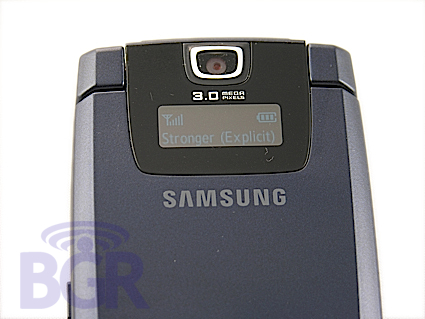 We just downloaded a couple songs from the Helio Music Store, and we’re bumpin’ some tunes loud and clear! The speaker isn’t the greatest, it sounds a little “tinny”, but it’ll do. 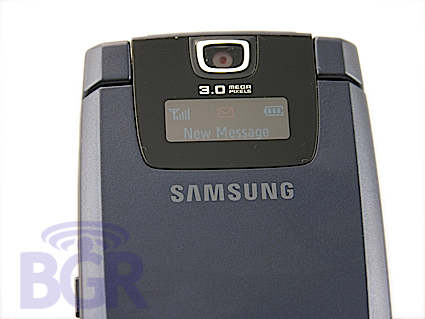 The exterior of the Fin is very simple, with sharp looks, and a tough case. It is mostly made out of magnesium alloy — us thinks you could protect yourself from a bunker buster with this thing! There are only two buttons when the flip is closed — up and down volume keys. It would of been nice if the external volume up/down buttons would have let you scroll in menus up and down, but we’re not mad at ’em because scrolling through most menus is pretty quick all in itself. The outer display is a little disappointing, but whatevs. We can’t have it all! 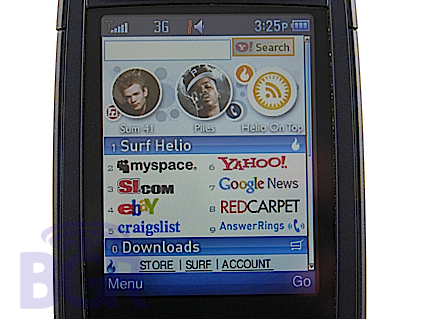 We really like the Helio Fin. Honestly. It’s a great device that’s super small, and yet jam packed with features still not available on a lot of bigger and chunkier devices. As long as you can deal with not having a QWERTY keyboard (believe us, it’s tough at the moment!) we’d recommend this to anyone. A real external LCD is high on our list of complaints, and that would have made the device in our opinion a slam dunk. Nevertheless, we can’t find too many bad things to say about it. It’s a logical progression from the Helio Ocean, and everything that the Ocean can do, the Fin does equally or most of the time better and faster. One thing the Fin cannot do is support the Ocean’s Microsoft Exchange application. But let us not kid ourselves, because anyone trying to use the Fin to replace a BlackBerry doesn’t deserve wireless service from any carrier. There, we said it. Now go get your Shark Fin on, LL Cool J style.