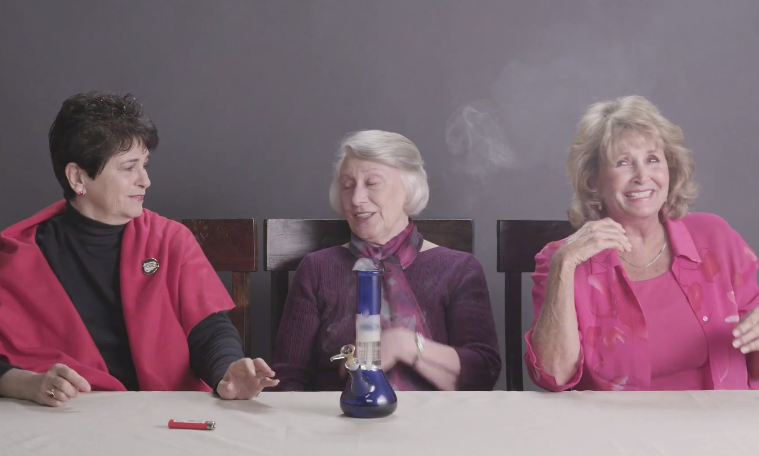 Now that marijuana is legal in the state of Washington, the team at YouTube channel Cut Video decided to find three grandmothers in the state who had never smoked pot before and get them high. The results are predictably hilarious, especially when the stoned grandmas subsequently try to play Jenga and Cards Against Humanity.

RELATED: New research shows how America’s love of marijuana might be even stronger than its love of football

Even though it was their first time smoking weed, it didn’t take long for the grandmothers to start having a good time, as one of them reported “some tingle in my brain” after about five minutes.

Then the real fun started because they decided to play a round of Cards Against Humanity, the notoriously filthy Mad Libs-style game where you’re given a highly suggestive sentence with missing words and you’re left to fill in the blanks by choosing one of several grotesque phrases printed on an assortment of cards that you have in your hand. The first sentence was “In the new Channel movie, Hannah Montana struggles with _____ for the first time” and the winning answer was “a bleached asshole.”

The full video is about as entertaining as you’d expect and can be found below.