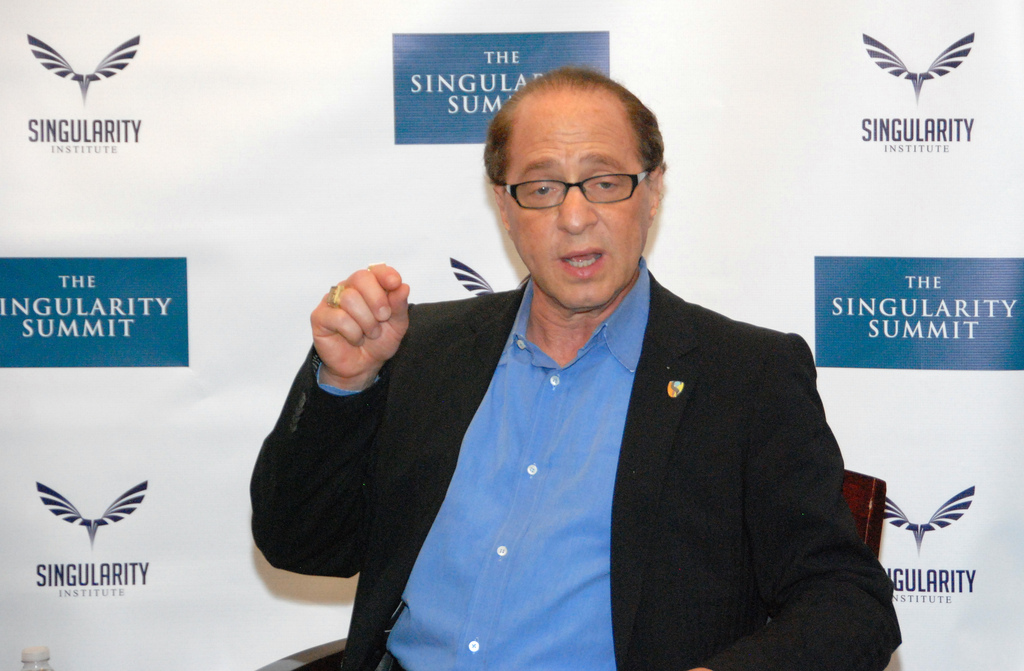 Google’s Ray Kurzweil, who’s so anxious to see technology permit humans to live forever that he’s taking as many as 150 pills per day to make sure his body will be able to survive until that happens, made a bold prediction during a recent speech. According to him, we’ll be living with our brains in the cloud by 2030.

Speaking at the Exponential Finance Conference in New York on Wednesday, Kurzweil said that humans will be artificially intelligent by 2030, CNN reports.

“Our thinking then will be a hybrid of biological and non-biological thinking,” he said.

Artificially enhancing the human brain would be possible with help of tiny robots made from DNA strand that would be able to connect directly to an even more complex cloud and further augment our lives. And Google will certainly have a role in designing part of that cloud.

By the time we get to late 2030s or early 2040s, our thinking might be predominantly non-biological, and we’ll be able to back up our brains if we’d so desire.

“We’re going to gradually merge and enhance ourselves,” he said. “In my view, that’s the nature of being human – we transcend our limitations.”