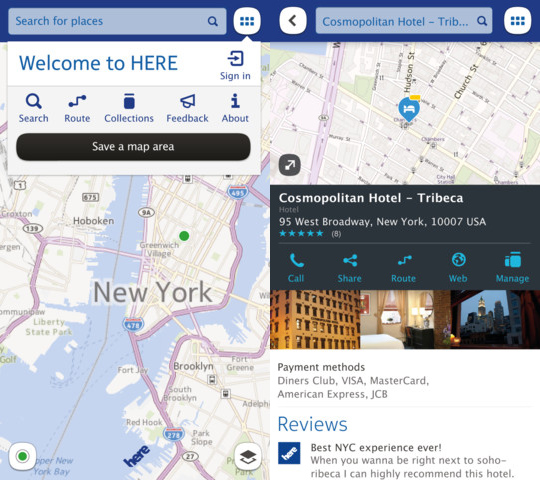 It is not a big surprise that Google (GOOG) Maps became the top free app on iPhone in a matter of hours. But it is a bit weird that Nokia’s (NOK) HERE mapping app did not manage to crack the top-1000 on the iPhone’s free app chart on any day during December, even before Google Maps debuted.

As a matter of fact, Nokia’s HERE mapping app slipped out of the Hot Top Thousand free iPhone downloads on November 29th, less than two weeks after it debuted. It has had trouble cracking even the top-20 of the decidedly minuscule Navigation app category in the United States. The only country where HERE was a top-100 app yesterday was Finland. And it’s not a top-50 app even in its home country. The app is doing fairly well in Lithuania and Oman, which is the definition of cold comfort.

Of course, the November reviews of HERE tended to be mixed at best. “Certainly, it is streets ahead of Apple in some areas, yet it stalls badly in others” was a fairly typical example. Mixed word of mouth drove Nokia’s mapping app out of top-1000 iPhone app chart two weeks before Google Maps debuted.

And now, Google Maps has debuted. This presents a fairly steep mountain for Nokia to climb in trying to stage a navigation app come-back.