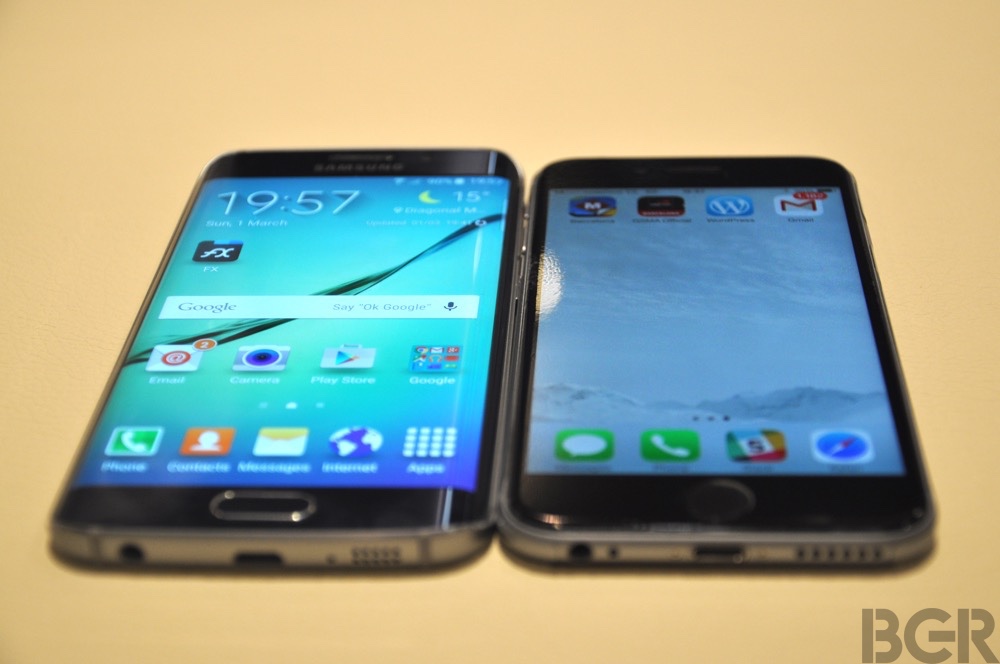 At least three times Samsung made fun or compared its Galaxy S6 models to Apple’s iPhone 6 during its Sunday MWC 2015 event. The company mocked “Bendgate” as well as the night shooting performance of the iPhone 6 Plus’ camera, and it also got in a few jabs when comparing Samsung Pay to Apple Pay.

Samsung also declared its new Galaxy S6 and S6 edge the best phones it has ever made. But, of course, the irony is pretty obvious here considering that Samsung, though it did indeed redesign the Galaxy S6 from the ground up and boldly went where it hasn’t been before, still needed inspiration from iPhone after all this years to pull it off.

FROM EARLIER: The last word: Is the Galaxy S6 an iPhone clone?

We may never know what the Galaxy S6 and Galaxy S6 edge would have looked like without an iPhone 6 around, and it’s not really important. Because after all, Samsung proved it can create amazing devices, even if they have a certain influence.

And despite the obvious resemblance, it’s enough to look at what Samsung did with the phone, including hardware choices, to realize the company has all the resources it needs to actually be an even more daunting player in the mobile business.

In fact, no matter how similar the Galaxy S6 and iPhone 6 may be, the fact is the Galaxy S6 has certain specs that will most likely be found in the next-gen iPhones, not just because Samsung is also a major supplier for Apple, but also because the iPhone maker continuously improves the performance of its devices.

First of all, the Galaxy S6 packs a 64-bit octa-core chip that’s built on Samsung’s FinFET technology. The company is already rumored to supply future iPhone and iPad chips to Apple built on the same 14nm process that should make them even more powerful and efficient — though Samsung is only building chips as created by Apple, so don’t expect octa-core A-series chips for iOS devices just yet.

Secondly, the Galaxy S6 uses next-gen LPDDR4 RAM that offers twice the performance of previous-generation RAM. Even though Apple will not put 3GB of RAM in the iPhone as Samsung does, it would make sense to see the company invest in such next-gen RAM memory for future iPhones and iPads.

Third, there’s the UFS 2.0 internal memory that Samsung unveiled just before the show, and which is supposed to offer read and write speeds that are almost on par to SSD performance, according to Samsung. That might be one more type of internal component we’ll see in future-generation iPhones.

We could also speculate that Apple will one day give the iPhone wireless charging capability and curved displays like the Galaxy S6 edge has, but these might only happen much later down the road, if Apple is even actively developing such technologies.

Not to mention that Apple is dead-serious about camera performance and will not sit idly by while Samsung takes its smartphone camera crown, so the next iPhones will also be even better cameras.

But when it comes to these three components, including processor, RAM and storage, the Galaxy S6 family does offer some insight into what may be coming in the very near future in upcoming iPhone generations like the iPhone 6s. After all, Apple keeps stressing iPhone and iPad performance every chance it gets, and to achieve such goals it needs both new hardware and great software optimization.