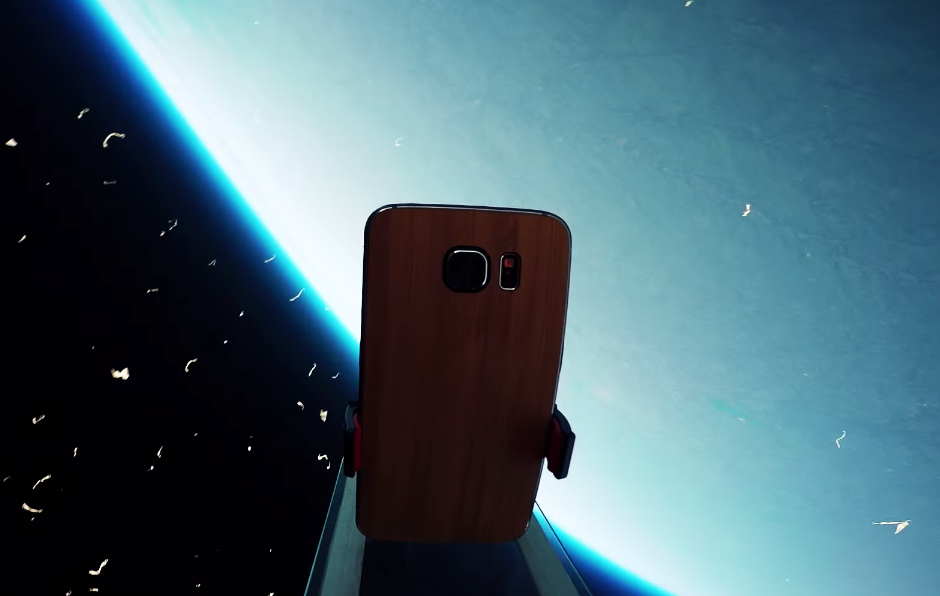 We’ve seen all kinds of goofy torture tests for the Galaxy S6 this year but this one takes the cake for pure ambition. The team at accessories manufacturer Slickwraps, Inc. mounted the Galaxy S6 onto a box that was attached to a high-altitude balloon and launched it into the stratosphere. While up there, Slickwraps estimates that it faced “temperatures as low as -65°F (-54°C), and a maximum altitude of 122,264 feet.”

The phone makes it far enough up into the stratosphere where it looks like a scene out of the film Gravity before the balloon bursts and sends the device hurtling back toward Earth. The device crashed along with the box it was mounted on and it did indeed survive the impact despite encountering speeds of 110 mph along the way.

For those of you who don’t know Slickwraps describes itself as a “premier source for quality consumer electronics protection and accessories” and the case used in this video is part of its Natural Series that’s made from bamboo. Other cases in the Galaxy S6 Natural Series are made from leather and cork, the company says.

Check out the full Slickwraps video below.