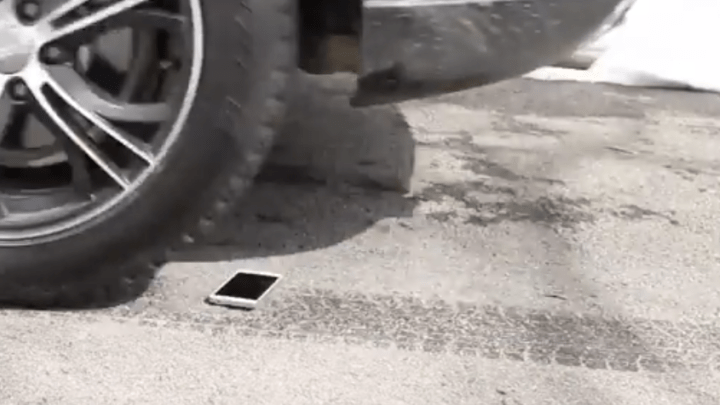 Samsung’s phones may be plastic, but a new Galaxy S5 drop test video shows plastic can be plenty tough. The new video, which was produced by TechSmartt, dropped both the Galaxy S4 and the Galaxy S5 from several different heights to see which one held up better under torture. Both the S4 and S5 did very well at standard drops of up to 7 feet, although the S4’s display finally cracked when the TechSmartt team dropped it from 10 feet. The S5, in contrast, passed the 10-foot drop test with flying colors, which led the TechSmartt team to put it through the ultimate challenge by placing it face-up on the ground and then running it over with an SUV. Amazingly, the S5 survived this with its display still in pristine condition and with damage only to its rear camera lens. So take a bow, Samsung engineers: You’ve managed to create a phone that with a gorgeous display so durable that even running it over with a car can’t kill it. The full video follows below.