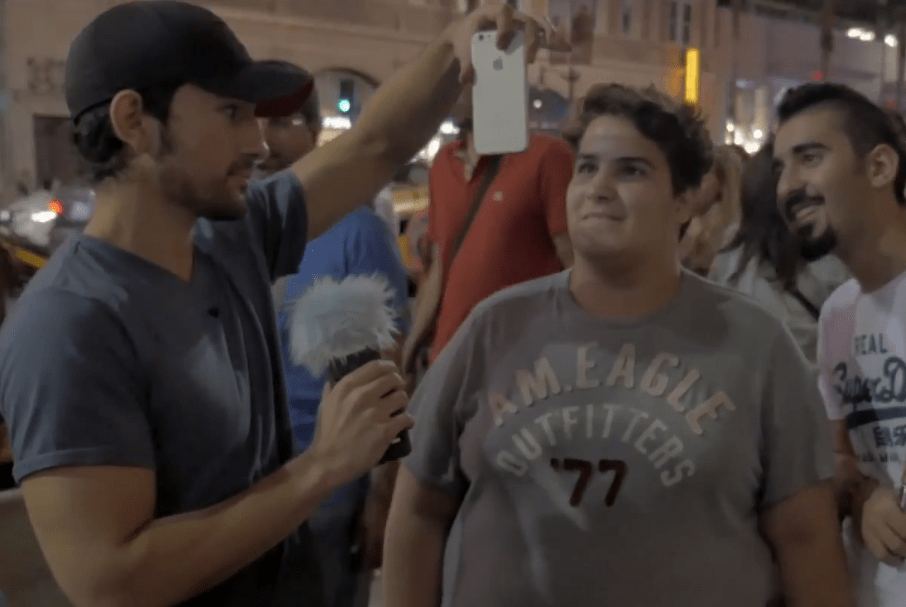 So are Apple fans really as blindly loyal as their reputation suggests? YouTube user Jonathan Morrison decided to find out and he showed off a fake iPhone 6 to Apple fans to see if he could convince them that it was the most incredible smartphone the world had ever seen. The result, as you might expect, is that the emperor seemed to be lacking some of his clothes.

For the device itself, Morrison got a knockoff iPhone 6 that runs on a version of Android that’s modified with a convincing-looking iOS skin. That said, Morrison says that “once you look a little closer and spend even a minimal amount of time with it, you’ll quickly realize that it is a big pile of s***.”

Morrison took this big pile of s*** to people in Los Angeles and told them that it was not only the lightest and best iPhone ever, but that it also featured a 26-core “A10” processor (because it was so good that Apple just decided to skip the A8 and A9, of course) and that it featured a Fire Phone-style 3D display. Oh, and for good measure, he also told them that Apple had decided to replace Siri with Google Now just because Apple realized that Google Now was better anyway.

Although some of the iPhone users in the video pushed back against some of Morrison’s more outrageous claims — the 3D display claim was too obviously ridiculous for them to buy — some of them bought it hook, line and sinker.

To be fair, you could probably convince a lot of Galaxy users that a fake Galaxy S6 with a 79-core processor and a time travel-capable 4D display was the real thing as well, so this sort of naiveté is more a reflection of human nature and less a reflection of iPhone fans’ unique sheepishness. Nonetheless, the whole video is very funny and you should check it out below.