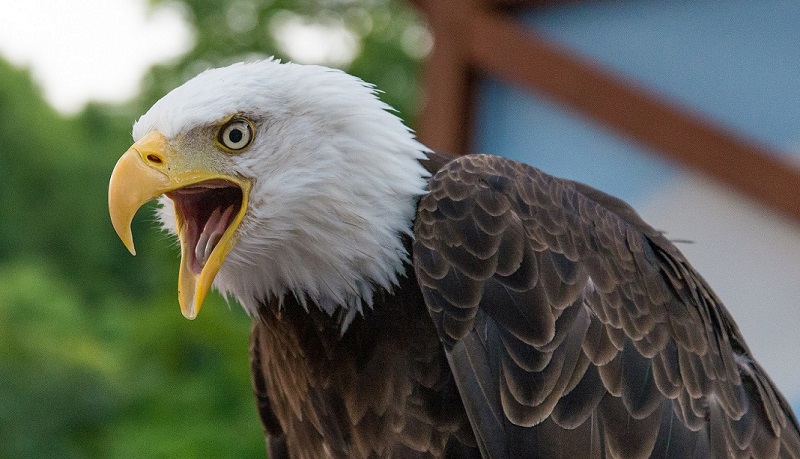 I think we may have finally reached peak drone, which says a lot given some of the bizarre footage we’ve encountered over the past few months. Sure, the drone with an attached flamethrower was pretty cool, and yeah, that swarm of lit-up drones we recently covered was beyond spectacular, but how can anything really top a bald eagle trained to snatch drones right out of the sky mid-flight?

It sounds crazy enough, but the Dutch police recently embarked on a mission to gauge the possibility of using actual eagles as makeshift guardians of the sky.

The Dutch police (like police everywhere) know that drones are going to become even more of a problem than they already are, so they’ve been testing ways of dealing with a drone in an emergency, like if a drone is preventing an air ambulance from landing. The police are looking into electronic solutions, but also physical ones, including both nets and trained eagles.

The training is being carried out with assistance from Guard From Above, a raptor-training firm based out of the Hague with decades of bird-oriented training. According to reports, the eagles are trained to specifically identify drones, snatch them out of thin air with their powerful talons, and then take the back to a safe area for a reward.

“[It’s] a low-tech solution for a high-tech problem,” Guard From Above CEO Sjoerd Hoogendoorn boasted.

If anything, that’s selling this whole production short. It’s more like an ancient solution to a high-tech problem. Either way, it’s a pretty amazing clip.