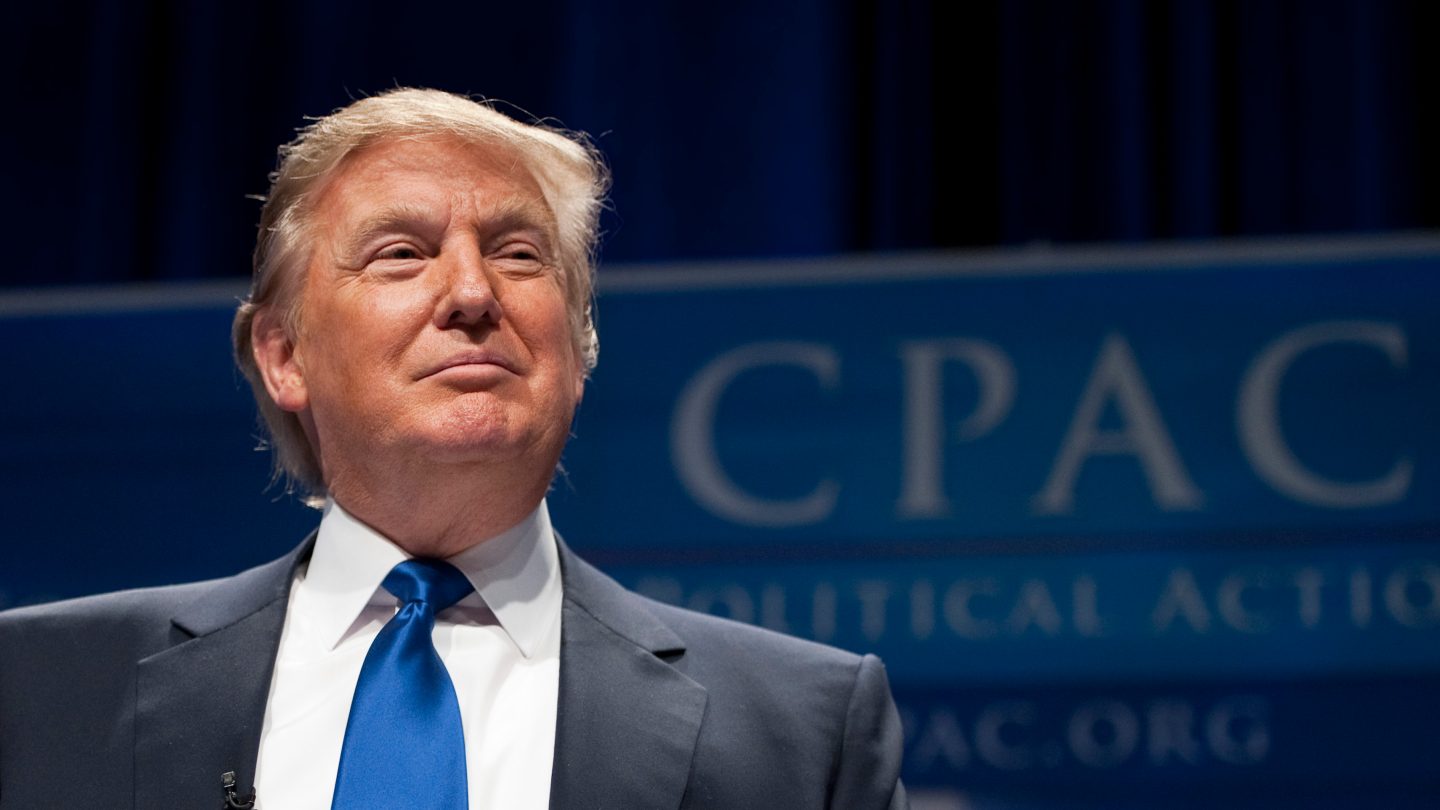 The 2016 presidential campaign is about to become a clown show of epic proportions. Famed ignoramus Donald Trump, who was one of the prominent leaders of the so-called “Birther” movement that questioned whether Barack Obama was really born in the United States or in Kenya, is officially seeking the Republican Party’s nomination of president in 2016. While this is undoubtedly not good news for our republic, it is very good news for anyone who enjoys watching crazed carnival barkers howl about utter nonsense. Speaking personally, we think this news is fantastic.

Trump’s speech announcing his candidacy was one long angry howl of total wingnuttery aimed squarely at people who pretty much hate everything about life. He trashed politicians, he trashed the White House, he trashed China, he trashed Japan, he trashed Mexico, he trashed pretty much everyone who wasn’t Donald Trump. When it came to talking about himself, of course, Trump often bragged about his personal wealth and all the successful properties he owned.

As you’d expect, Trump has his work cut out for him. FiveThirtyEight has taken a look at the polling data and has found Trump is the least popular presidential candidate ever.

“Trump is the anti-LeBron — popularity is performance in politics, and Trump is the first candidate in modern presidential primary history to begin the campaign with a majority of his own party disliking him,” FiveThirtyEight explains. “A whopping 57 percent of Republicans have an unfavorable view of Trump, according to an average of the three most recent polls.”‘

The Washington Post reported on Monday that Trump planned to declare $9 billion in assets today and that he was expected to announce his intention to run for president.

“Trump’s speech announcing his decision is likely to center on his career and fortune,” the Post reported. “He is expected to cast himself as an entrepreneur and outsider who is eager to tangle with the party establishment and U.S. economic rivals abroad, such as China. The financial statement drafted by his office is aimed at demonstrating his success as a businessman, as well as proving to skeptical GOP leaders that he is willing to disclose as much as other candidates at this juncture.”

Right now there are about 20 known candidates who are seeking the 2016 GOP nomination, including long shots such as Ben Carson and former HP CEO Carly Fiorina. That said, none of these long-shot candidates are quite as obnoxious or personally revolting as Trump. Here’s a sample of some of his past greatest hits.

We’ll give Trump credit for this much: His presence at the GOP debates this fall is likely going to lead to record ratings, for the sheer comedy value if nothing else.