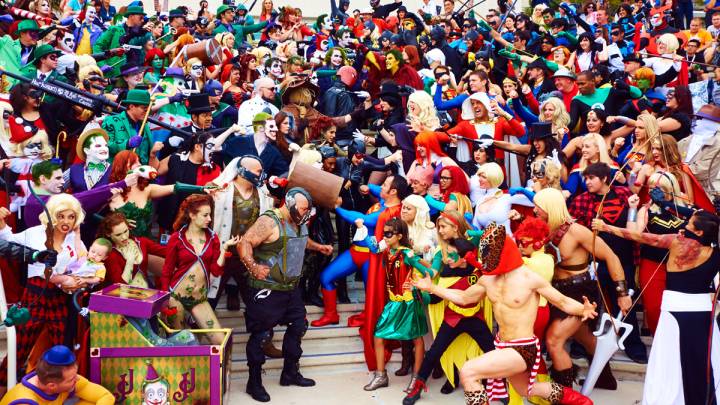 Not everyone can get out to San Diego, California for the city’s annual Comic-Con convention. OK, not everyone even wants to. But whether or not you’re interested in the world of comics, anime and superheroes, it’s still fun and fascinating to peer into this strange and wonderful world from afar. And what better way to take a peek than with a series of GIFs?

There are several Comic-Con conferences each year, but the San Diego event is probably the one most people think of when they hear “Comic-Con.” It’s massive, it’s fun, and exhibitors go all out. This year, of course, is no exception.

Imgur user “iku1” put together a quick album of GIFs that show off some of the show’s highlights. In them, we can see how detailed some of the exhibits are at the show.

Costumes from the new Batman v Superman movie make an appearance, as do some incredibly detailed World of Warcraft characters.

Here are some of the GIFs:

But the coolest one has to be this GIF, which shows a Lego recreation of Hulk fighting Iron Man in his Hulkbuster suit. It took more than 1,000 man-hours to create:

The GIFs were created using three videos from io9, and you can watch them in their entirety right here: