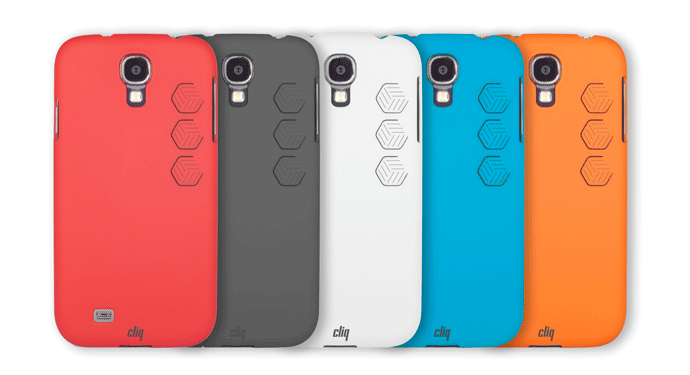 Any Android fans familiar with Dimple, a smartphone accessory that puts extra buttons on the handset that’s currently raising money on Kickstarter, should also check out the Cliq Kickstarter project. The accessory offers similar NFC buttons that are incorporated into a slim case, thus offering protection against accidents while adding extra superpowers to the smartphone.

The Cliq “phone cape” – because it turns the smartphone into a “super smartphone” – costs $25 on Kickstarter right now (the cheapest $20 early pledges are not available anymore) and it will ship in August, assuming the $40,000 funding goal is reached. With 27 days to go, more than $12,000 has been raised so far.

Cliq’s buttons will be able to perform a variety of functions, which may come in handy for regular day-to-day smartphone use. The case will be available in multiple colors, including black and white options, and will include an NFC module “small enough to allow Cliq to look like any other case.”

With help of an app, the Cliq case will allow users to assign several actions to the buttons. Interestingly, the case will never require charging.

The “problem” with the Cliq accessory is that, since it’s a case, it only supports a handful of devices, including the Galaxy S5, S4 and Note 3, the Moto X, the Nexus 5 and the LG G2.

A Cliq case for iPhone isn’t available because the iPhone doesn’t have NFC support, which is required for the case’s three buttons to work.

The following video explains the kind of actions Cliq buttons will support.