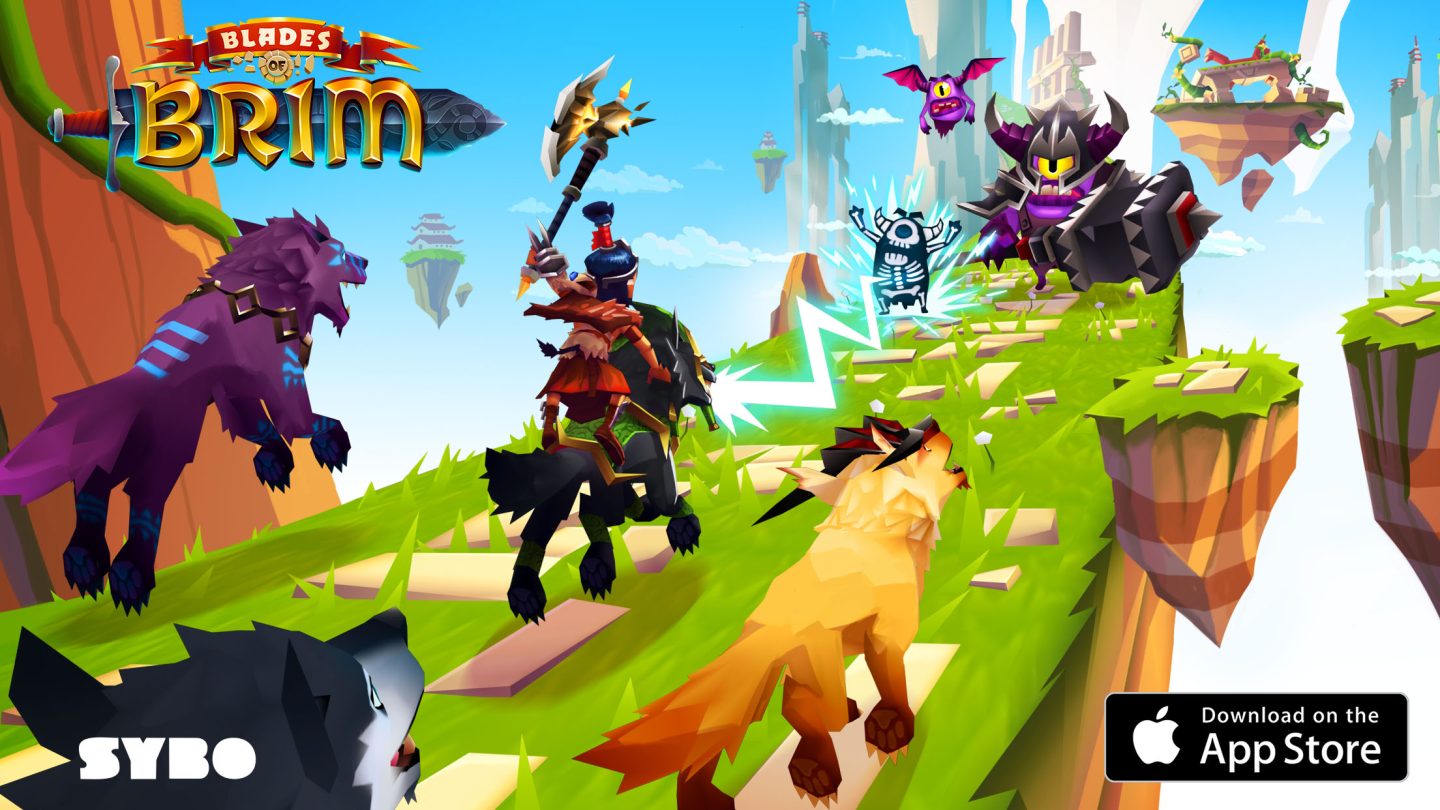 I thought I was done with endless runners. After Temple Run stormed the App Store in 2011, endless runners became a staple of the mobile gaming scene, from brilliant and simple 2D entries like Canabalt and Alto’s Adventure to branded freeloaders like Sonic Dash and Spider-Man Unlimited.

Most have been pleasant distractions, but few have kept me glued to my iPhone screen for hours on end. Blades of Brim is one of those games.

Blades of Brim is the second game from Denmark-based developer Sybo Games, a studio that has all but perfected the 3D endless runner. You might know Sybo Games from Subway Surfers, a free game which launched on the App Store three years ago and remained at the top of the charts for weeks and months.

Three years later, the team has released Blades of Brim, a follow-up to Subway Surfers, and although it shares a lot in common with its predecessor, the gameplay has been refined to something resembling perfection.

In Blades of Brim, you take on the role of a warrior defending his or her kingdom from the invading goons. In order to attack the goons, you have to roll, jump and swipe to either side of the screen, which will trigger an attack and reward you with points. Where Brim shines is in its execution – the further you get into the run, the environment scrolls by. Before long, you’ll be chaining together jumps, wall runs, rolls and side attacks to amass huge combos that feel fluid and look awesome.

Each run is split up by dungeons, which always appear in the middle of a section. You can avoid them and continue to battle on the surface, but inside the dungeons, you’ll be tasked with objectives which, once completed, will reward you with gold or treasure chests. Inside these chests are power-ups and gear which can be equipped to make power-ups and abilities last longer.

There’s also an element of risk and reward, in that you only bank the coins and “essence” (freemium currency) you’ve collected when you hit checkpoints. If you get knocked off a ledge the step before you reach a checkpoint, you’ll have to spend an orb of essence to bring your character back to life. This gets exponentially more expensive after every death.

But the reason I haven’t stopped playing since the game came out last week is because every time you level up, a new set of objectives appears. Some are simple: “roll 20 times.” Others require you to kill a wizard with only left attacks, which sounds easy, but becomes incredibly difficult when the wizard keeps spawning in the far right lane.

It’s incredibly well balanced, the loot collection and leveling up are ridiculously addictive, the freemium elements aren’t offensive and it even looks good to boot. Best of all, it’s free to download on the App Store, so you have no excuse not to try it.