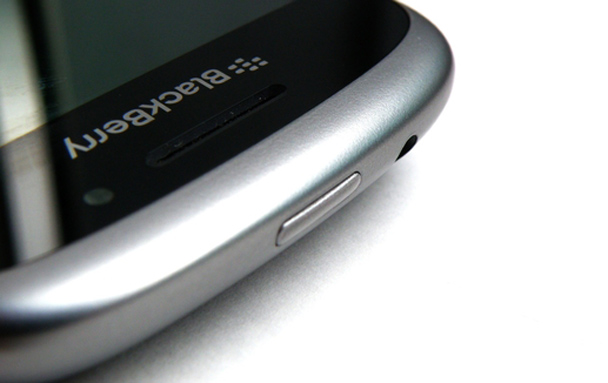 The Curve 9320 is the last of the BlackBerry phones using the old operating system, and it is the cornerstone of RIM’s attempt to salvage its Christmas season. The UK is Research In Motion’s (RIMM) most important market in Europe. The latest Kantar World Panel numbers for August-October period showed BlackBerry’s share of the UK market crashing from 19% to 8% in a year, but RIM is now executing the most aggressive BlackBerry price campaign British consumers have ever seen in a bid to stand its ground before its new devices arrive.

As the price of the 9320 crashes to rock bottom, the high-end BlackBerry Bold pricing remains at a completely unrealistic level. It looks like British operators have given up on pricier BlackBerry phones and are now putting all promotional support behind the dirt cheap 9320. What does this mean for the launch of the next generation of high-end RIM models in 2013?

The British phone retail giant Phones4U just broke new ground by dropping the price of the 9320 from £150 to just £99. Traditionally, even the cheapest Curve models have cost around £130 in the UK during the first year on the market. The 9320 debuted in May and it is already breaking the 100-pound barrier. In comparison, Phones4U’s Christmas pre-paid deal for Samsung’s (005930) Galaxy Ace II is £156. Nokia’s (NOK) cheapie Lumia 800 starts at £150. The price of the six-month old BlackBerry 9320 is now comparable to the Samsung Galaxy Ace — an old war-horse that first rode in the spring of 2011.

At another UK retail powerhouse, E2Save, the price of the 9320 remains at £130. But on the contract phone side, E2Save is launching a monster BlackBerry campaign: the cheapest 9320 now starts at under £10 per month. This is unprecedented for a new BlackBerry device. The cheapest monthly offers for budget Android phones like the Galaxy Y and the Galaxy Ace stand at £25 and £17. High-end smartphones have contract prices starting from £35 per month.

RIM has started executing an amazingly aggressive Christmas price war in the UK. This is no big surprise; according to Kantar, BlackBerry’s market share in the UK crashed from 19% to 8% between autumn 2011 and autumn 2012. The company has to stanch the bleeding now in order to maintain some leverage with British retailers before new models arrive in 2013.

But what is happening to the brand perception? The first new-generation BlackBerry phones are going to be priced close to the BlackBerry Bold level. That aging flagship still costs a hair-raising £440 in the UK pre-paid market and £31-39 per month in the contract phone category. This isremarkably close to Samsung Galaxy S III pricing, a true sign of delusion.

The UK operators have apparently completely given up on the Bold and RIM sees no reason to offer steep price cuts for the device. The 9320 is now the only game in town. Perhaps this makes short-term, margin management sense. Perhaps the goal is to protect the high-end BlackBerry brand. But the result is that the only deals the consumers see are the ones hawking BlackBerry phones at £99 in pre-paid and £10 per month as contract devices.

These are Huawei-level prices. How on Earth is RIM going to then pivot in February and ask £500 for unsubsidized phones and £35 per month contract prices for the next-generation BlackBerry phones? This will be the branding challenge of the 2013 in the telecom industry.