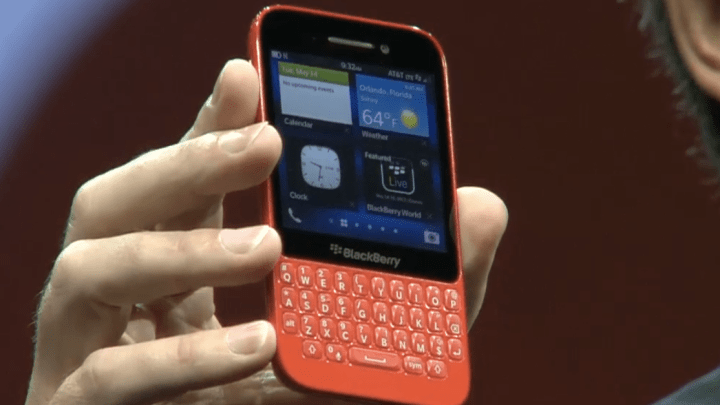 So BlackBerry missed the BlackBerry 10 volume expectation by about 800,000 units over the last quarter. It shipped 2.7 million and the consensus was probably around 3.5 million. There are many possible reasons for the miss, ranging from the app ecosystem to brand perception. One of the most likely problems is the one that it’s too late for BlackBerry to fix: pricing. Both the Z10 and the Q10 were priced very close to iPhone 5, smack in the middle of the luxury segment. BlackBerry rolled the dice and opted to cling to luxury status the brand used to enjoy back in 2010. This decision reverberates right down to the BlackBerry Q5, which is priced about 40% below the Q10. This means that the “budget” Blackberry costs more than $400 without subsidies.

United Kingdom smartphone retailer Carphone Warehouse just launched the SIM-free Q5 at £320, or roughly $480. The cheapest monthly deal Carphone Warehouse offers with the Q5 is £21 per month, which is the same deal it offers for the new Huawei Ascend P6 that offers a quad processor, an 8 megapixel rear camera and a 5 megapixel front camera packed into a 5.2 millimeter aluminum alloy chassis.

The Q5 cannot compete against Android models in the same price category when it comes to product specs. Of course, BlackBerry models were always a year or two behind the competition in hardware specs but the problem is that the brand mystique that used to justify the premium pricing is dead and gone. BlackBerry could have tried to move to lower price points, but that would have meant awfully thin or non-existent profit margins with such small production volumes.

So the company decided to gamble and stick to high price points even as Android vendors raced each other to the bargain bin. The May quarter gave us the first glimpse of how the premium pricing is working: It’s not. Now everything is riding on the Q5 because BlackBerry chose not to launch a deep value model this summer.

What the company needs right now is a $200 non-subsidized new Curve. But it’s not in the near-term product map and it’s too late to conjure up a cheapie model from scratch. What BlackBerry has for the summer and autumn is a $400-plus model that has to work as a “budget” alternative. If the company really decided to take the budget route, it might be about to produce a super-cheap BlackBerry by the end of 2014.

For now, however, the die has been cast. If the Q5 pricing does not work, the winter will be bleak indeed.