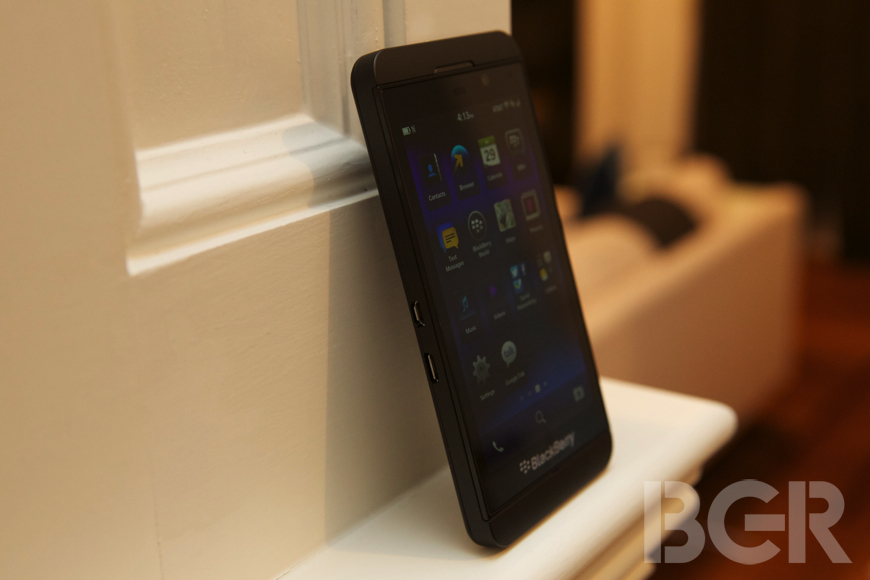 The BlackBerry Z10 will be first available in the United Kindgom starting on January 31st. The price will be steep, essentially on par with where the BlackBerry Bold was priced at a few years ago, when the company’s devices still held more than 20% of British smartphone market and were viewed as premium phones. The mega carrier Everything Everywhere is pricing the Z10 at £50 with a 2-year contract costing £41 per month. This is the same exact plan that is also offered for the Samsung Galaxy S III, the HTC (2498) One XL and Nokia’s (NOK) Lumia 920.

Similarly, the British phone retail powerhouse Carphone Warehouse seems to be getting ready to offer the Z10 for £480 without a contract. It the precise price point of Galaxy S III and just £20 below the 16 GB iPhone 5. The United Kingdom is the most loyal market that BlackBerry has in Europe. Yet even there, the BlackBerry market share has collapsed from 16% to 6% over the past twelve months. Many loyal BlackBerry fans will gravitate towards the upcoming QWERTY devices. But can BlackBerry withstand direct competition with Samsung and Apple in the touch-screen category at the same exact price point? This was the folly that gutted HTC last year.

It is possible that BlackBerry is simply planning to keep the premium pricing for two months and skim some extra margin from its loyal fans before moving to more realistic pricing around late March or April. But by refusing to offer the Z10 at even a small discount compared to the mighty Galaxy S III, the cocky Canucks are playing a dangerous game indeed. They are betting that the steep early pricing won’t lead to meager early sales, which would trigger a steep price cut and inevitable scary headlines. This is a bold gambit, so to speak.