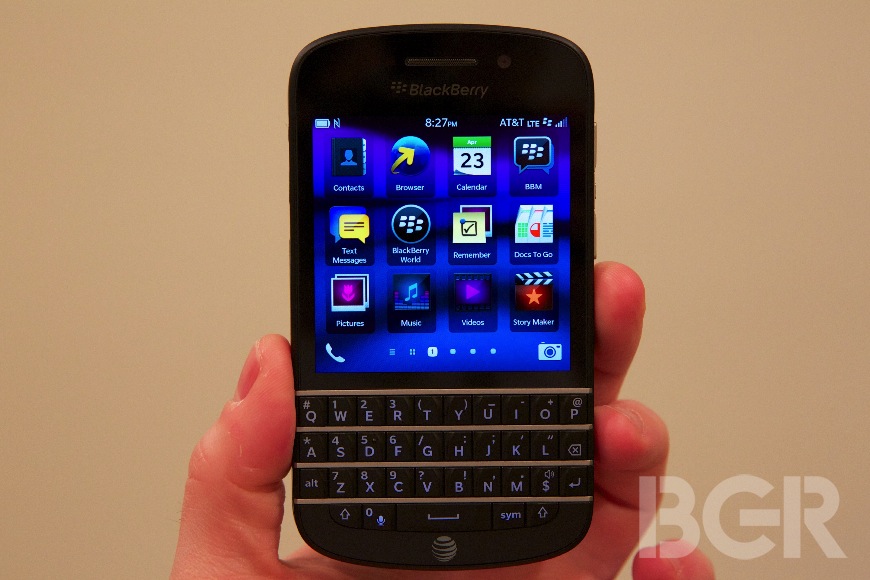 BlackBerry 10 handsets and Samsung Android devices that carry the company’s Knox security software have been approved for use by the United States Department of Defense. A report from earlier this week suggested that certain devices from Samsung and Apple would soon be granted approval by DISA for use at the Pentagon, posing a serious problem for BlackBerry. While the company’s own next-generation BlackBerry 10 smartphones have been given the nod by DISA, the vendor now has a fierce competitor in Samsung as its Knox-enabled devices have indeed been approved for DoD use as well. Samsung noted in a press release that this marks the first time Android devices have been approved for use by the U.S. government and military. Apple’s iPhone and iPad have not yet been approved by DISA, though they are currently being reviewed. BlackBerry and Samsung’s respective press releases follow below.

BlackBerry 10 Smartphones Approved for Use On U.S. Department of Defense Networks

“IDC research shows that mobile security continues to be of utmost importance to government agencies around the globe,” said Stephen D. Drake, Program Vice President, Mobility & Telecom at IDC. “The U.S. Department of Defense’s strict security requirements are amongst the highest in the world, and this allows other government bodies to follow suit. The role of BlackBerry including devices and BlackBerry Enterprise Service 10 continues to be important and relevant for security conscious organizations.”

“BlackBerry 10 is ideal for our government customers because it offers a rich, highly responsive mobile computing experience, along with BlackBerry’s proven and validated security model – a combination that’s unmatched in the industry,” said Scott Totzke, SVP, BlackBerry Security at BlackBerry. “This approval will enable DoD customers to connect their BlackBerry Z10 or BlackBerry Q10 smartphones to DoD networks and securely access assets from work, while enjoying the wealth of consumer-oriented functionality that BlackBerry 10 brings to market.”

In a first for Android powered devices, Samsung smartphones and tablets with Samsung Knox can be used by the US Government and Military Services

With the official approval, Samsung Knox-enabled devices, including smartphones and tablets, will be listed as approved products for use by U.S. government and military officials within DoD networks. The DoD security requirement guidelines for mobile operation systems are one of the highest security standards in the world and this marks the first time for Android-powered devices to meet such high security requirements.

JK Shin, President and CEO of IT and Mobile Communications, Samsung Electronics, said, “We are very pleased to announce that the U.S. Department of Defense has approved Samsung Knox-enabled devices for use in DoD networks. This approval enables other government agencies and regulated industries such as health care and financial services to adopt Samsung Galaxy smartphones and tablets. This is a significant milestone for Samsung as we work to grow our relationships within government and large corporate enterprises.”

The Samsung Galaxy S4, recently launched in the global market, is the first smartphone to be enabled with Knox. Going forward, Samsung’s premium smartphones and tablets will feature Samsung Knox.

In addition to the DoD approval, Samsung is actively seeking certifications from other international government certification bodies for Samsung Knox-enabled devices to be used in government networks worldwide.