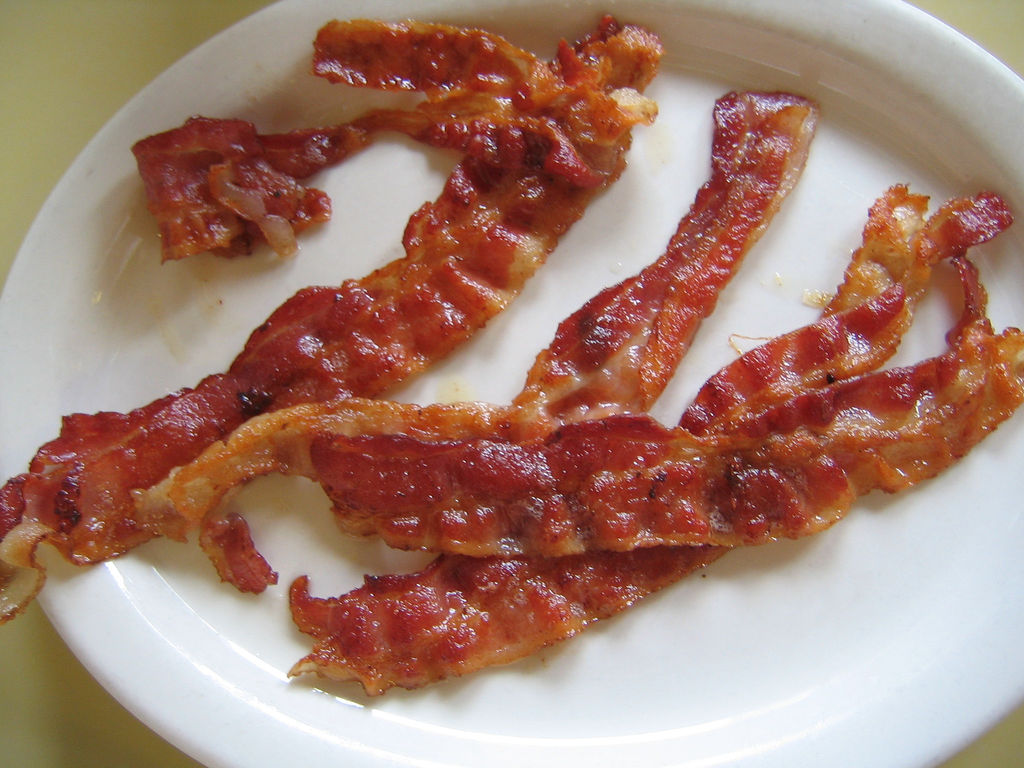 Yes, the World Health Organization is placing bacon and other processed meats on the list of substances that might cause cancer. No, you don’t have to stop eating bacon, sausages or ham. But yes, you absolutely have to stop freaking out about it.

Let’s get things straight: Everything, consumed in large quantities, can kill you. “Too much [insert product]” will kill you. Not instantly. Not by giving you cancer. But it will. And chances are you won’t even know it until it’s too late to act. Better yet, it’ll kill you slowly, in most cancer-free cases, and you will like it.

Even air, with the wrong concentration of carbon dioxide or even excessive oxygen – you guessed it – might kill you.

Drinking too much alcohol, smoking cigarettes, using other addictive drugs and leading a stressful lifestyle are certainly more dangerous to your health than bacon when it comes to getting cancer.

And let’s not forget that bacon, or any meat, doesn’t come with physical addiction like cigarettes do. It’s really easy to tone it down and mix processed meats with vegetables and fruit. You won’t go into bacon withdrawal if you decide to cut down on pork in your meals and opt for a more balanced, healthy diet.

Not to mention that plenty of hardcore bacon users who’ve been eating lots of bacon for years might never develop any cancer. It’s just a possibility that will happen, as indicated by the WHO in its studies. And if it happens, bacon might be just one of the multiple factors acting together to accomplish that.

So please, for the love of God and bacon, stop annoying anyone with unsubstantiated fears about the dangers of meat eating. But, by all means, don’t abuse bacon.

You can read more in-depth details about bacon and cancer from Wired and Gizmodo, while the following infographic shows you the differences between the effects of smoking and of eating bacon, as posted by Cancer Research U.K., a body that has confirmed WHO’s findings.

“For comparison, research on smoking and cancer found that men who smoked 25 cigarettes a day were 24 times higher risk of developing lung cancer, or a 2,400% increase,” the site continues.