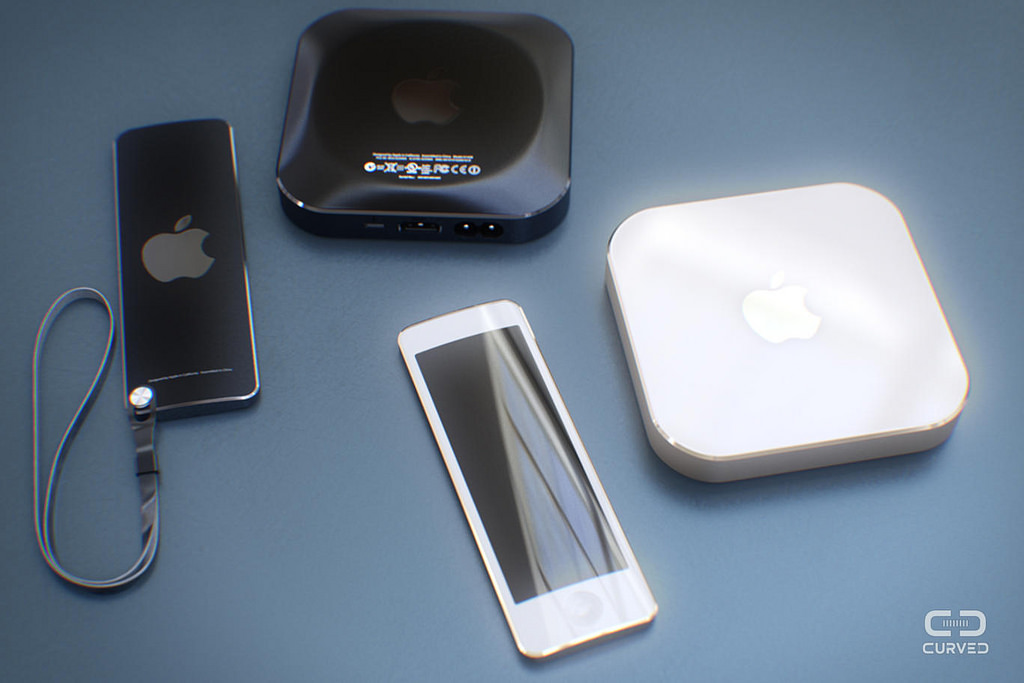 Last year, Tim Cook said Apple will be entering a new product category, and ever since he said that, people have been wondering if TVs are Apple’s next target for disruption. Of course, there have been rumors of a new for years, but in the past few months these rumors have reached a fever pitch. While we don’t know if or when Cook will release a new , we do know what it should look like, thanks to these gorgeous concept designs from Martin Hajek.

He created these beautiful designs for the German magazine Curved, and they’re well worth a look. The keeps the same hockey puck design, except that it is slimmer and instead of a plastic casing, would come in the same white, black or gold metal casing the iPhone 5s comes in, complete with chamfered edges. The new would have refreshed innards, with an A7 chip and capable of playing 4K video.

But the most interesting part of the concept design is the new remote.

Gone are the buttons and instead, Hajek created a remote with a touchscreen display. It looks like a small iPhone and is charged wirelessly when placed on the . You would also be able to use your iPhone as a remote.

By request, Hajek also created a remote with buttons that could double as a game controller. It looks a bit like Wii controller, but much slimmer.

We’ve pasted some of Hajek’s designs below, but you should definitely visit his site for more.