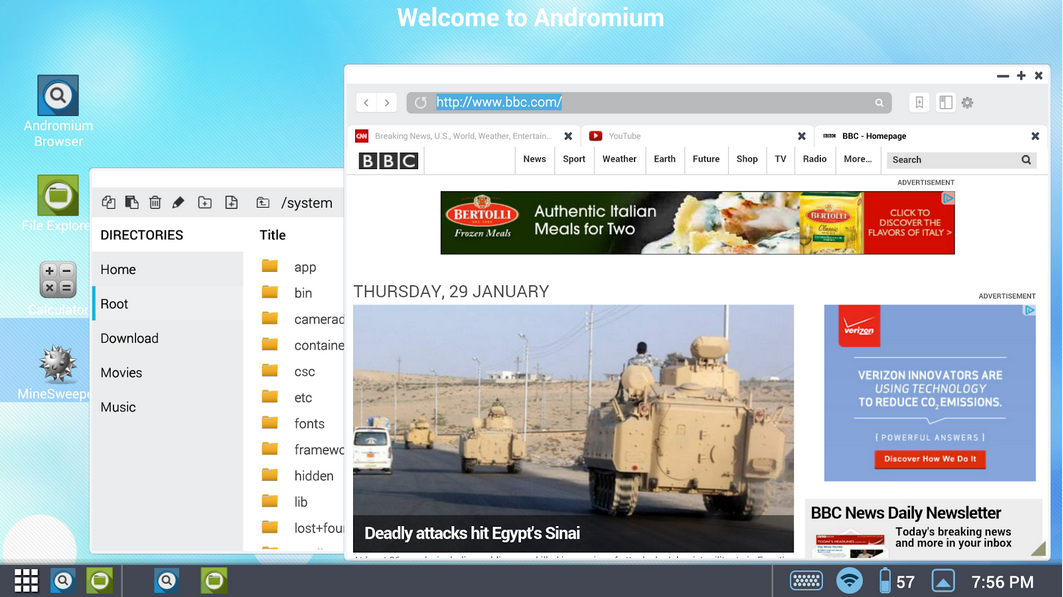 The Android user interface isn’t for everyone, but what if you could turn your Android display into something that looked more like a Windows desktop? With Andromium OS, a recently released app on Google Play, you can do exactly that.

READ MORE: Hell freezes over: Android and iOS apps are coming to Windows 10

Available free for a limited time as part of its public beta, “Andromium OS turns your Android device into a fully functional computer by attaching your device to a TV/monitor, keyboard and mouse.” Once you launch Andromium, your home screen will morph into a Windows-like desktop, requiring you to double-click on apps in order to run them.

The OS also features a Start menu, its own web browser and a collection of apps that will have any Windows user feeling right at home.

Although the team’s Kickstarter failed to reach its goal, the project is still alive and well for the time being. For more information on Andromium OS, check out the project’s official site.

The link to download the app can be found below: