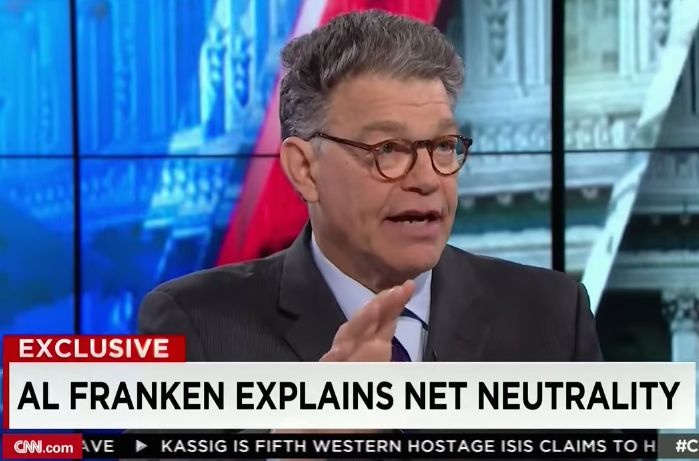 Senator Ted Cruz last week caused quite a stir — and a lot of forehead slapping — when he described net neutrality as “Obamacare for the Internet.” CNN’s Candy Crowley on Sunday sat down with Cruz’s fellow senator Al Franken, a longtime net neutrality advocate who completely demolished Cruz’s arguments against net neutrality for being “completely wrong.”

FROM EARLIER: Net neutrality has some unlikely new champions, including Ford, UPS and Visa

“He has it completely wrong, he just doesn’t understand what this issue is,” Franken said. “We’ve had net neutrality for the entire history of the Internet… Obamacare was a government program that fixed something, that changed things. This is about reclassifying something so that it stays the same.”

Earlier in the segment, Franken used a classic example of how net neutrality allowed YouTube in its early days to beat out Google’s own Google Video as the world’s most popular video platform. If Google at the time had been allowed to pay ISPs to put Google Video in a “fast lane,” then YouTube may never had succeeded because it wouldn’t have been able to afford the fees needed to make sure its traffic got delivered as quickly as Google’s.

The entire segment is worth watching and can be seen below.