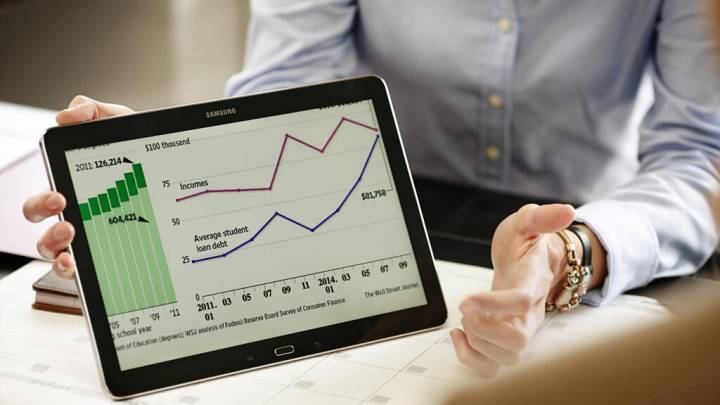 Samsung launched a new Pro family of tablets a few months ago, comprised of devices with screens from 8.4 to 12.2 inches that are already available in various countries. However, Samsung may have a hard time selling some of them this year, particularly the 12.2-inch Galaxy Note Pro and Galaxy Tab Pro models, which have prices starting at $849 and $649, respectively.

Digitimes Research believes that the bigger tablets do not have enough to offer to the enterprise market they seem to target, especially when compared to notebooks, rather than to any competing tablet models. Thus, Samsung’s first 12.2-inch tablet models are expected to sell only up to one million units combined this year.

The 12.2-inch Galax Note Pro’s price is comparable to the cost of a mid-range / high-end laptop, with the Android tablet not capable of offering a “competitive edge against similar-level enterprise notebook” when it comes to certain specs including processor, memory and storage. The only advantages of these tablets may be their lighter industrial design and longer battery life, although these features alone may not be enough to entice buyers.

Furthermore, Android is seen as lacking in comparison to Windows or Mac, when it comes to providing suitable solutions for the enterprise space, even though Samsung has introduced a special interface on the new tablets, as well as a suite of free apps and premium services meant to help convince buyers to purchase such devices.

Meanwhile, Samsung is heavily advertising its Pro line of family, with its recent ad taking stabs at competing tablets from Apple, Microsoft and Amazon. The company plans to sell even more tablets this year than in 2013, as it has flooded the market with a variety of models, from low-end tablets to high-end Pro versions, and is expected to soon unveil new Galaxy Tab 4 models, as well as high-end new tablets with AMOLED displays.

Apple does not have a direct competitor to Samsung’s 12.2-inch tablet yet, with some reports saying the company will launch a 12.9-inch iPad in the future, and others claiming the product has been ditched for the time being.