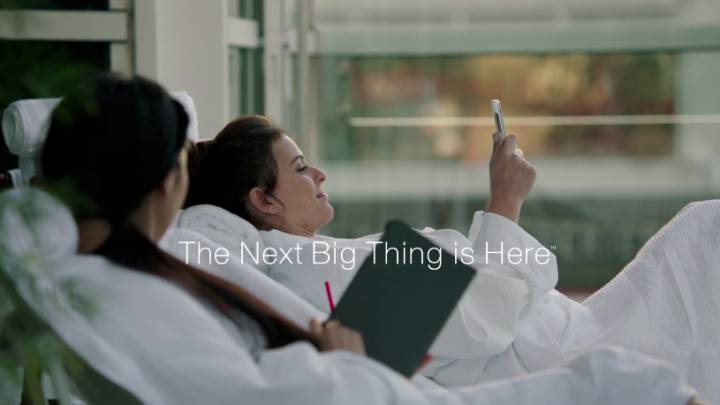 Shortly after the company took a quick break from bashing to release an ad that was actually pretty outstanding, Samsung is back mocking the competition in a new one-minute ad for its Galaxy Pro series of tablets that have just started selling in various markets. Titled “It Can Do That,” the new ad fires shots at Apple, Microsoft and Amazon, with Samsung highlighting some of the features Galaxy Pro tablets have to offer during regular daily activities compared to competing devices including iPad, Surface or Kindle Fire.

Samsung makes fun of the iPad which can’t do “two things at once,” and which doesn’t look better than a Galaxy Note or Tab Pro when it comes to displays, even though it has the “Retina thingy.”

Samsung then makes fun of Microsoft, but not because of the software features of Surface tablets. Instead, the design of the Surface is attacked, with the Windows device is seen as a laptop rather than a tablet, because “it does have a keyboard… in the battery dock,” and a mouse.

Finally, the Kindle Fire tablet can do “books” only, in Samsung’s opinion, and can’t even get the YouTube app.

Samsung proved that it can do more inspiring ads than just bashing Apple and competitors with a clip for the Sochi 2014 Paralympic Winter games, however its ads that target rivals are more popular with the crowds. The Sochi 2014 ad got over 46,000 views on YouTube since March 6 when it was released, while the new Galaxy Pro clip has already passed 110,000 views in less than a day since being published on YouTube.