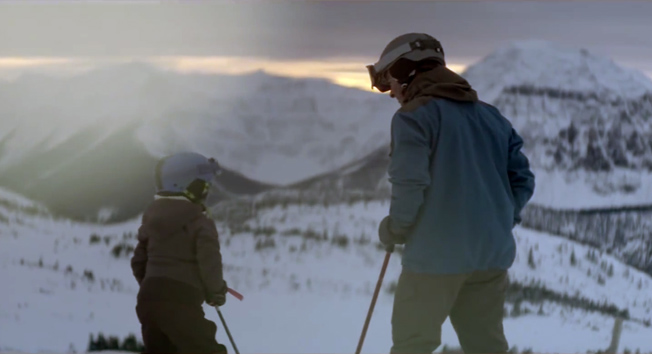 Samsung’s latest big ad run on TV in the United States is yet another example in a long line of commercials that bash Apple, its devices and its users in an effort to position Samsung’s products as the next big thing. This line of ads has worked well — of that, there is no question. Samsung used people’s desire for an iPhone alternative to find tremendous success while keeping its impossible promise, and of course Apple is fair game. In fact, Apple did the same thing when it took on Microsoft in its famous “I’m a Mac” ads.

But truth be told, these Apple-bashing ads are getting a little boring.

While it’s more of a brand spot and doesn’t pitch any products, a new commercial released recently by Samsung shows that there’s more to the company’s message than just “Apple sucks, buy our stuff instead.”

The heartwarming commercial is tied to Samsung’s sponsorship of the 2014 Paralympic Games, and it shows 7-year-old amputee Keira learning how to ski.

It’s a beautiful spot created for Samsung by 72andSunny.

Ahead of the tag line “What’s your problem? Sport doesn’t care,” this adorable future Paralympian serves as a reminder that even the steepest obstacles can be overcome. She also makes some hilarious faces during a few spills before finally getting the hang of it and speeding down the slopes.

The full spot is embedded below. Kudos to Keira, 72andSunny and Samsung.