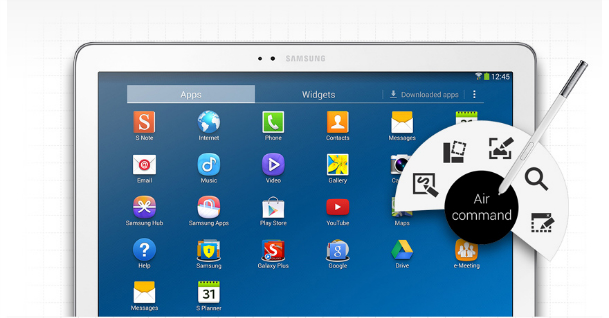 Samsung took to Twitter to announce that the 12.2-inch Galaxy NotePRO 12.2 tablet that was unveiled at CES 2014 is now available for pre-order in the U.K. from its online store. The company has finally announced pricing details and a launch date for the basic 32GB Galaxy NotePRO 12.2 Wi-Fi model (available in white or black,) at least for the U.K. – the tablet costs £649 (about $1,076) and is scheduled to ship on February 4. Buyers that pre-order the device now will also get a free Gamepad, which otherwise retails for £59. The LTE version of the tablet is not yet available for purchase.

Samsung has unveiled three other tablets part of the TabPRO line at CES, including 12.2-, 10.1- and 8.4-inch models, but these aren’t available for pre-order in the U.K. yet.