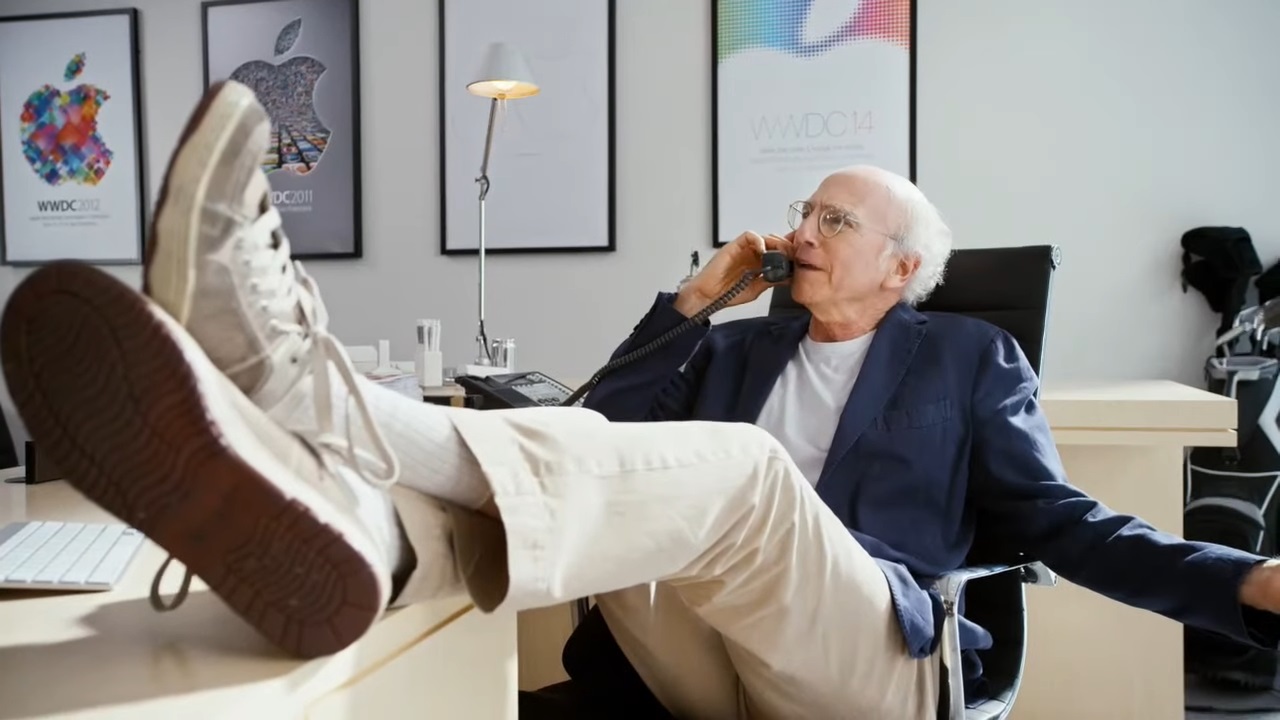 We thought the reveal of the Nintendo Switch OLED model would be the biggest surprise of the week. That was before we saw Larry David in a scrapped skit filmed for WWDC 2014. If you’ve ever watched one of Apple’s live events, you know the company will recruit famous actors to participate. It appears that Curb Your Enthusiasm creator Larry David filmed an intro for the company’s developer conference in 2014. But the resulting video was never used.

Now, seven years later, someone has leaked the entire skit online, and it’s quite a sight.

Earlier this week, Sam Henri-Gold shared screenshots and a short clip from a never-before-seen Apple promotional video. The video featured Larry David, J.B. Smoove, and CEO of Snap, Evan Spiegel. Within hours, someone had uploaded the full 10-minute video to YouTube.

It is both very funny and surprisingly vulgar for an Apple production. The premise of the video is that Larry David has been hired as the head of app approval. In typical Curb Your Enthusiasm fashion, Larry can’t get out of his own way. Some of the highlights of the video include Larry ensuring an Angry Birds ripoff isn’t approved, telling Evan Spiegel his app Snapchat is a bad idea, and refusing to let an Apple employee that forgot their ID card “tailgate” behind him to get into the office.

It actually feels like an unaired episode of Curb Your Enthusiasm. It’s also not incredibly surprising that Apple decided not to use it. We still don’t know the full story behind the video, but we’re glad we have it. The video has been getting taken down on multiple sites, but now that it’s out in the wild, maybe Apple will release it. Either way, you can at least watch the clip from Sam Henri-Gold above.