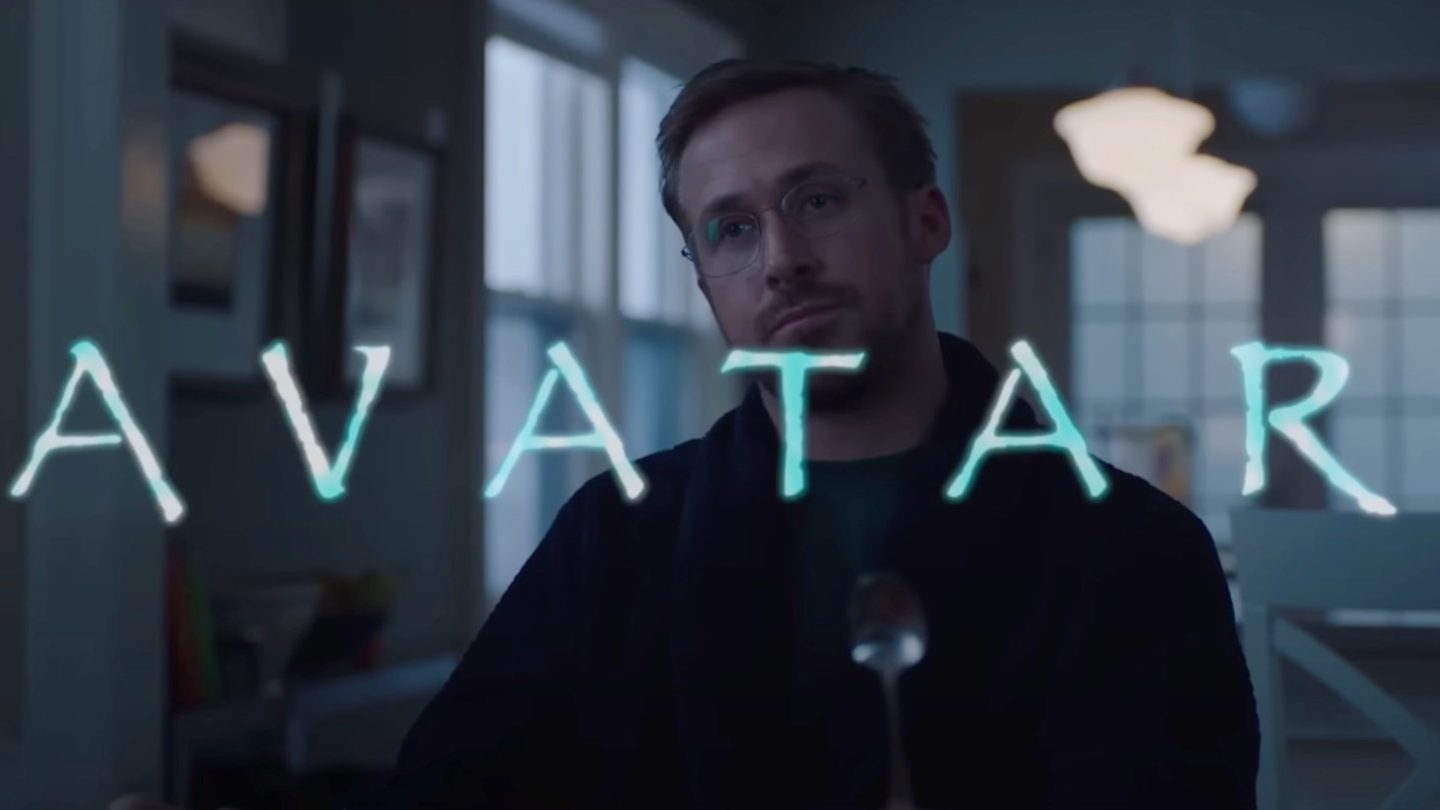 Avatar: The Way of Water opens later this week, and it will surely make boatloads of cash at the box office. It’s a movie more than a decade in the making and the first of four sequels planned for the original smash hit. But during the 13 years between the first Avatar and The Way of Water, something magical happened on SNL: The Papyrus sketch featuring Ryan Gosling.

Thanks to that incredible moment in September 2017, the Avatar team decided to create their own logo and font and leave Papyrus behind.

If you’re unfamiliar with Gosling’s SNL sketch, you can watch it in full at the end of the post. It tells the story of an Avatar fan who, nine years after the film’s premiere, is still devastated that the Avatar designers chose a font from the dropdown menu.

To put it in Gosling’s character’s words, someone “highlighted Avatar, he clicked the dropdown menu, and then he randomly selected Papyrus like a thoughtless child just wandering by a garden, just yanking leaves along the way.”

Once you see the SNL sketch, you’ll never look at the Avatar logo the same way again. Thankfully, this time around, the Avatar team created its own original typography.

“Yes, I’ve seen that. Ryan Gosling. Absolutely saw it,” Avatar and The Way of Water producer Jon Landau told Entertainment Weekly ahead of the sequel’s premiere. “It’s fun that it stimulated a conversation.”

“When we realized that the movie was going to expand into a franchise and we’d have other IPs, we went out and created our own font that we’re now using, and we call it Toruk, and it’s available for people to use,” he explained.

“But the Papyrus font is a fun thing, and I also love the fact that… it was certainly several years after the movie came out, and I guess it illustrated to people who were questioning Avatar’s cultural relevance that it was still part of the culture.”

While Landau did not say that the SNL font sketch influenced the creation of Avatar’s unique font, it can’t be a coincidence. After all, that brilliant 3-minute sketch aired five years ago.

In a separate interview, the Avatar director also addressed the SNL sketch.

“I was not aware that our font was an off-the-shelf thing; I assumed the art department or the title company came up with it,” Cameron told Empire. “Of course, it was trolled mercilessly as a lazy choice, but frankly, I like the font.”

Cameron also took a hilarious hit at Gosling for that Avatar sketch. “Ryan Gosling needs to get out more, instead of freaking out over our font,” he said. “Time to move out of your mom’s basement, Ryan! And if Papyrus resonates with the issues of Indigenous cultures in the public consciousness, then that fits well with ‘Avatar,’ so I’m not losing any sleep over it.”

It sounds like SNL will have to bring back Gosling for their own sequel. Who knows how his character will react to Avatar: The Way of Water?

Don't Miss: Avatar: The Way of Water is now one of the 10 biggest movies of all time